WeWork is Icarus of flexible workspace

Editor: Last week, WeWork published its Q1 results for 2021. Its losses – both financial and including a quarter of its members – come as little surprise (‘WeWork loses £1.48bn and quarter of members due to Covid’). 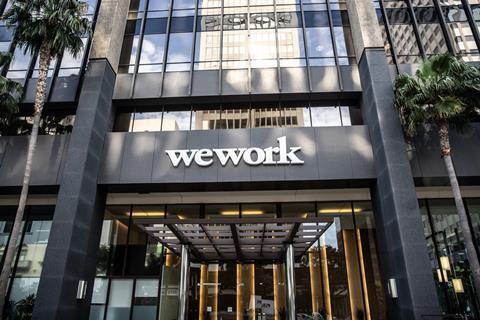 In fact, WeWork’s woes point to wider trends in the flexible workspace sector, with operators who have a mixed portfolio of leased, owned and managed space proving far more resilient. They have been able to support and retain their clients through 14 months of disruption, which has proved an uphill battle for WeWork in the face of its own lease commitments and a clear decline in customer trust.

However, even prior to the pandemic, WeWork had been left reeling from the consequences of its reckless over-expansion and rush towards a failed IPO attempt in 2019, which was intended to further ‘blitzscale’ its growth.

In the period leading up to this, the name WeWork became ubiquitous, stamped on to more and more buildings as it entered into further long-term leases – typically including rent-free periods. In the wake of repeated lockdowns, WeWork’s dependence on a leasehold-only model and density-driven co-working has only exacerbated these existing faults.

What should have been clear from the outset is that WeWork’s strategy was unviable, relying too heavily on close-to-full occupancy of its spaces to drive long-term growth, despite claiming to offer tenants short-term flexibility. In the wake of the pandemic, this high-risk strategy has failed spectacularly and revealed a true error of judgement.

Nonetheless, those considering a bet on WeWork’s second IPO attempt may take heart in the promise of the flexible workspace sector as a whole. Businesses and their staff now crave greater flexibility, a more agile office footprint and reprieve from the long-standing wellbeing impacts of continuous home working.

For the industry more broadly, the future is bright. But WeWork must take note of important lessons. Like Icarus, it has been flying close to the sun, and the pandemic could well still melt its wings.