WeWork isn’t the only flexible option

Editor: Your recent WeWork article highlights that the company is proceeding at pace with its expansion plans 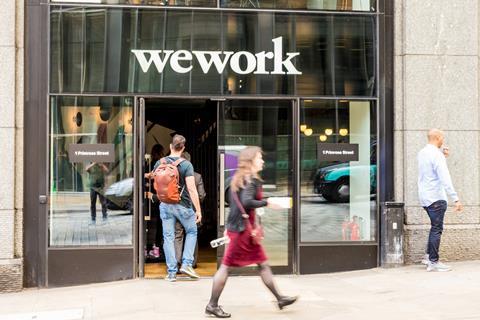 This should come as no surprise. The company’s IPO prospectus makes clear the sheer scope of its ambitions: it has plans to establish offices in a further 169 cities, as well as expanding in the 111 cities in which it already has a presence.

Clearly WeWork’s size and its aspiration to be a dominant, global player in the flexible workspace sector are key drivers of the industry’s growth and its defining characteristics. However, such is the overwhelming attention WeWork receives in the wider commercial property sector and in the media that it is easy to forget that there are other fundamental factors driving flexible workspace’s growth and attributes.

Although the rise of WeWork may give the impression that the market is being dominated by large operators, in fact the opposite is true. There are now around 3,000 flexible workspace operators in the UK, which has resulted in a fragmentation of the market led by operators providing distinct and niche services.

For example, there are female-only co-working spaces such as AllBright in London, while the Ministry of Sound’s shared workspace ‘The Ministry’ is designed for those in the music and media industries.

Finally, rather than a market that is split between operator and building owners, which is what WeWork’s continued growth would suggest, we are seeing the rise of management agreements (MAs) as a new model of co-operation between building owners and flexible office operators. MAs allow for a fairer allocation of the profits generated as well as a range of other benefits for both owners and flexible workspace operators.

So while WeWork will continue to generate headlines, the flexible workspace sector is about much more than one company.