What next for the co-working sector?

Editor: Over the past seven years, we have seen the meteoric rise of serviced offices and co-working operators such as WeWork and The Office Group taking long-term leases and buying freeholds. 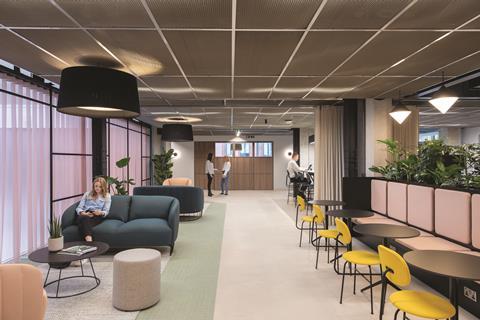 Prior to this, long-term leases inside the Landlord and Tenant Act were the fashion, with break clauses only having been incorporated to any great extent since the 1989-94 property collapse.

I do not believe such operators pose any real threat to the traditional office market, where landlords grant conventional leases to tenants. The co-working operators themselves are taking the longer-term leases before offering their licensees flexibility.

Generally, serviced or co-working offices are taken up by small companies or those requiring absolute flexibility. Projecting forward, say, three to five years, as businesses expand and their need for more space increases, the traditional market comes into play.

Existing investment strategy values, the longevity of income and creating asset value will continue to be desirable to any growing business, starting off in serviced or co-working space.

In short, many occupiers will want their own identity. Ultimately, taking a longer lease from a traditional landlord, which is 30% to 40% cheaper, is better than paying the retail price to what is really a middle man.

We have been through all sorts of economic uncertainty, which has fuelled an exodus to short-term premises. Once the dust settles, the traditional market will come back in full force, but this will not be at the detriment of serviced offices.

Trading under the Brexit cloud for the last three years, the commercial market in central London has defied gravity. In fact, across the central zone, rents are now higher than they were before the vote.

So where does the serviced office and co-working sector go next? Why not hit the industrial market? Splitting up empty buildings for small occupiers in need of space into more commercially orientated units could be the next step.

In the longer term, let’s look to the shopping centres that have come to the end of their useful lives. Perhaps flexible space incorporating leisure, retail, residential and workshops in one location would attract more interest.