Editor: Adam Branson’s article shone a light on the recent trials and tribulations of some flexible workspace operators, including The Clubhouse, which I founded in 2012. While it is right to question the long-term viability of any rapidly expanding sector, Rome wasn’t built in a day. 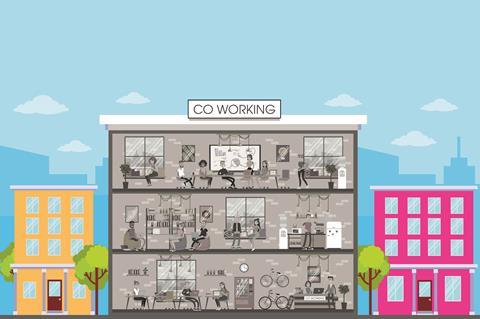 In the past 10 years, we have seen more innovation and disruption than ever before. A sector slowdown is probably to be welcomed to ensure its long-term success, rather than chasing growth, which has been the modus operandi for many.

We only make progress when risks are taken. But when we do this and challenge the status quo, there is a process of creative destruction. No one can predict the winners, but this is how we advance as a society.

Recent stories about some operators do not point to a trend – just an unfortunate coincidence. The woes of WeWork are not down to its business model, but to two issues that have been addressed: first, it was never worth anything like $47bn and everyone knew it; and second, its over-aggressive expansion and perhaps some of the tactics it used to achieve its own creative set of KPIs.

As for the issues faced by others such as Second Home or Central Working, or those withdrawing from the market, I would suggest that their problems were not the business models, but possibly the funding structures – as was the case at The Clubhouse. This successful business saw increasing occupancy rates and strong pricing power, margins and revenues in the run-up to its acquisition by IWG.

But we grew largely via debt funding – and with more debt than equity on the balance sheet, despite key investors’ support, we didn’t have the appropriate capital structure. The venture debt that provided the launchpad became the obstacle to further equity investment and growth. I look forward to seeing the business grow with IWG’s support.

I don’t have a crystal ball to see who will win in this age of innovation, disruption and creative destruction, but there are four critical success factors: first is a strong balance sheet and a supportive equity partner to steer you through tricky times and the sector’s inevitable delays; second is a clearly differentiated offering underpinned by a strong brand, core purpose and belief – increasingly challenging in a sector becoming rapidly commoditised; third is several revenue streams – not just desk space, but memberships, meeting rooms, event spaces, virtual offices, partnerships and other value-added services; and fourth, transforming data analytics into data insights so as to better understand customers.

That’s why I have launched Produktiv, a workspace advisory platform, to help corporates, real estate investors and flex space operators to achieve their vision, scale up and stand out in an increasingly competitive market.