Richard Wackett of Montagu Evans directly demands that the government should have an open regime on exchange of comparables to value commercial premises throughout the UK on the 2017 rating evaluation (12.02.16). 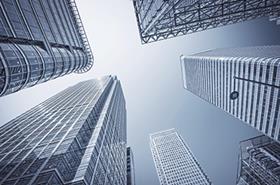 Of course it should, because working out the market rental value as of April 2015 is very little different to a rent review.

Imagine every tenant in the country negotiating their rent review with a landlord who refused to exchange evidence. Many of them would automatically go to an independent surveyor acting as expert or arbitrator.

And, by the way, that would perhaps be a very good method of dispute resolution in order to speed up the existing process, which can take years to negotiate, let alone start.

I realise that the government may be under-resourced in terms of valuation officers, but with £27bn a year coming in, surely now is the time to get the team in place.

A disputed rent review does not take more than six months at most to resolve, and perhaps one could reduce the number of appeals - which are currently virtually automatic - by bringing in legislation that would see unsuccessful appellants pay both parties’ costs as well as those of the arbiter.

On that note, why not have local expert surveyors determining the rents?