Listed property companies enjoyed another stellar year in 2014, with property outperforming almost every other listed sector, but analysts expect more modest levels of growth in 2015. 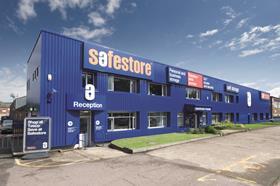 Although total returns did not quite match the 50%-plus returns of 2013’s top-10 performers, 2014 was even more exceptional because of the extent to which property outperformed other sectors.

Whereas in 2013, REITs grew more or less in line with the FTSE, last year they grew by about 22%, while the FTSE-100 slipped back 2.7%. Property also outperformed every other listed sector, except for healthcare.

Add dividends to the mix and the picture is even rosier. Only three listed property companies on the EPRA UK Index failed to achieve positive total returns and nearly 80% delivered double-digit returns.

The performance of the listed sector reflected the strength of the direct-investment market. Falling yields were the driving force behind some impressive NAV growth figures: for the six months to the end of September, NAV growth of 10% plus was commonplace, and the two biggest REITs, British Land and Land Securities, posted NAV figures in September that analysts had predicted for March 2015.

A broad range of companies featured in this list of the year’s best performers. Assisted by the recovery of the housing market, self-storage giants Safestore and Big Yellow delivered the best and third-best total returns (see chart) and although the residential market is now slowing, analysts are still bullish about the prospects for the self-storage sector and Safestore in particular.

After posting the poorest total returns in 2013, retail REITs made a comeback in 2014 due to significant improvement in retail sales figures and higher rents. Hammerson led the pack with total returns of almost 25%.

In a repeat of 2013, sector-focused property companies made up four of the top five performers last year. Alongside the self-storage players, West End specialists Shaftesbury and Great Portland Estates delivered top-10 returns thanks to large valuation increases and high rental growth in the West End.

However, generalists British Land and Land Securities also performed much better this year, in part because of the recovery of the retail market.

Most analysts are cautiously upbeat about the prospects for the sector this year. A rate rise is anticipated in 2015, but this is not expected to prove a major setback.

“Property yields have historically shown little correlation to base rates and have tended to compress for the first 12 to 18 months of rate-tightening cycles,” said analyst Liberum.

Yields have fallen significantly in the past couple of years, but are still above historic lows, and many believe they could fall further, even in the booming central London market.

“Yields for certain types of central London property can be as low as 2.5%, but I would expect these to narrow even further as 2015 progresses,” says KPMG head of real estate Richard White, who nonetheless predicts the rate of price growth will slow as investors chase more attractive yields in continental Europe.

May’s general election in May could prove a stumbling block, and not just because of uncertainty in the run-up. Looking back at elections since 1987, Liberum found the listed real estate sector dropped by about 7% in the first four months after an election, before rebounding.

Some analysts are also concerned about the health of the global economy. “We have a cautious view on property shares because we are wary of the potential for a macro-induced sell-off,” says Deutsche Bank analyst Martin Allen.

Even if most observers are predicting positive share-price growth, this is likely to be more modest this year, meaning income returns will be an increasingly important driver of performance.