The lower price of oil is already having a positive effect on retail sales, with UK shops enjoying strong quarter. 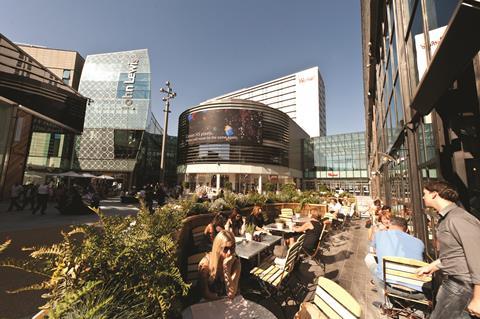 Having been the ugly duckling of the investment world, the retail sector has suddenly started to look more attractive since the New Year, thanks to some good retail sales figures, the falling price of oil and the European Central Bank’s quantitative easing plan.

Declining rental values, the growth of online and weak consumer spending have conspired against retail in recent years and even in 2014, as the market improved, retail still lagged behind other investment sectors. Although the sector achieved total returns of 14.6%, that was a long way behind offices and industrial, which achieved 23% apiece.

Could this be the year that retail delivers returns to match or even beat offices and industrial?

Some analysts had feared that the success of Black Friday would be a case of ‘robbing Peter to pay Paul’ and that Christmas sales would disappoint. But this has turned out not to be the case. This week, figures from the Office for National Statistics indicated that UK retailers enjoyed their strongest quarterly sales growth in 12 years. Sales volumes in the final quarter jumped by 2.3% compared with the prior quarter and December sales rose 4.3% on the same period in 2013.

If sustainable, this improvement could have a big impact on the property market. Analysts at JP Morgan estimate that every 1% increase in retail sales translates into 1% retail rental growth.

The bank believes retail sales will keep recovering, thanks to the falling oil price. In an investor note two weeks ago, it upgraded Hammerson, Klépierre and Wereldhave to ‘overweight’, citing a strong historical relationship between retail sales and oil prices.

It predicted the positive impact from lower heating and fuel costs would result in “a boost to retail sales in 2015 and the highest level of shopping centre rental growth since the global financial crisis”.

“It was the late starter compared with offices and industrial, but the shopping centre market has now come to life,” says Simon Williams, head of investment at BNP Paribas Real Estate.

Most agents are cautiously optimistic about the year ahead. Shopping centre yields have hardened, as demonstrated by the sale of the £265m Rockspring portfolio of seven secondary centres to Lone Star and Ellandi in November at a yield of 7%. More institutional money has also started chasing good-quality secondary assets, such as the Ashley Centre in Epsom, which was sold to CBRE GI in August for £78m at a 6% yield.

At the moment, the same cannot be said of the high street. According to Lambert Smith Hampton, shopping centre investment was up by 32% in 2014 on a 10-year average, whereas ‘unit shop’ investment was down 4% — the only sector to show declining levels of investment last year. However, the outlook for overall retail sales is better than it has been for years: could this be the year that investment in the high street picks up again?

Rise in retail volumes in December 2014

Rise in retail volumes in fourth quarter vs third quarter 2014