The UK office sector is changing, particularly in London. As we witness the rise of the branded serviced-office and an increase in office space being let under short-term flexible leases, real estate lenders need to stop comparing these assets to traditional office investments and start seeing the potential of this rapidly expanding market.

2017 was a record year for the UK start-up community as tech investment reached an all-time high and this trend looks set to continue. The speed at which start-ups can grow, and in some cases fail, means such companies need flexible office space which either has the ability to expand with them or allow for termination of lease arrangements with little notice. As landlords adapt to the change in demand, serviced-office providers continue to acquire vast amounts of office space to accommodate the growing number of start-ups seeking desks in co-working environments.

It’s not just start-ups that are driving these changes. Businesses are averse to taking on new long term commitments due to economic uncertainty and political discord surrounding what a post-Brexit Britain will look like. While companies await the outcome, they are actively choosing flexible short-term options, irrespective of premiums for making such choices.

While investors in the UK office sector are adapting to, and in some cases thriving in, the changing environment, the lenders they are approaching to fund such ventures are on the whole a step behind.

Lenders continue to apply a one size fits all approach to their deal structuring, thereby missing opportunities which don’t fit neatly into traditional models and leaving potential borrowers scrambling for competitively priced debt. Lenders need to recognise that borrowers are not bringing them properties with established tenants contracted under long term leases, paying rent significantly higher than the finance costs associated with the debt arrangements. Valuations are not as straightforward as they are for traditional office properties and the usual financial covenants are ill-suited to test financial performance during the life of the deal. 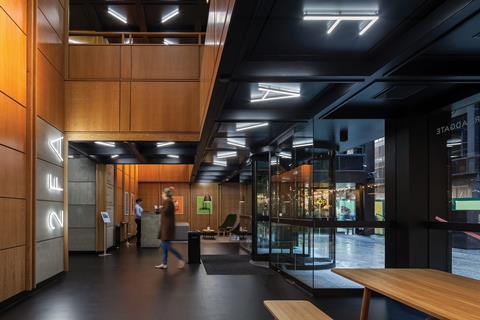 Lots of player have entered the flexible workspace sector, including BL’s Storey, but will finance follow

To adapt to the new market conditions, lenders need to look at lending against the business as a whole, in the same way they do in the hotel sector, shifting from their traditional viewpoint of passive property ownership in the office sector to a more dynamic and operational business model.

As part of this shift, lenders should seek to determine new valuation methods to allow for consistency in the market. Borrowers are unlikely to agree to a vacant property valuation as the norm, but if a standard occupancy percentage could be agreed as a starting point, it would make ‘new office sector’ deals a more viable option. For serviced offices with desk space available on membership terms, the property can be valued in a similar way to a hotel.

There may even be a value premium where the operator has an established brand. While lenders might offer less debt, a new valuation model would mitigate the risk of a reduced rent roll affecting the valuation and causing a breach of the facility.

”Borrowers are unlikely to agree to a vacant property valuation as the norm, but if a standard occupancy percentage could be agreed as a starting point, it would make ‘new office sector’ deals a more viable option”

Initially, lenders might demand an interest shortfall guarantee from the sponsor as a standard requirement. While a business is unproven, having a sponsor on the hook for the interest payments to cover lower occupancy rates will significantly de-risk this sector for lenders.

While it is acknowledged that lenders have to adapt, borrowers still need to ensure that their businesses are attractive to lenders. Borrowers can improve their funding prospects by letting offices to a mixture of tenants. Mainstream tenants may not be the ‘trendy’ option but corporates with deep pockets are more likely to make longer term commitments and can provide a core income. Anchor tenants may also attract start-ups to a property. WeWork’s recent deal with Amazon for a lease of a large part of their new office in Manchester is a good example of this. Lenders are likely to view a good tenant mix favourably as it gives more certainty as to rental income.

As serviced office providers have tended to invest heavily in lease premiums, fit-out works and ongoing membership incentives, lenders can be concerned that costs could exceed income. Borrowers might consider acquiring properties, rather than entering into leases, to improve their financial viability.

This will require greater initial capital but the ongoing costs should be lower and the companies will get the benefit of capital changes on the property. Operating agreements could also be entered into instead of leases with costs based on a percentage of turnover or profit. Lenders could then analyse serviced offices like hotels, with brand strength giving lenders comfort to fund.

A combination of these considerations is going to be needed for lenders to immerse themselves fully into the evolving office sector. Without adapting to change, lenders will remain on the periphery, looking at missed opportunities.