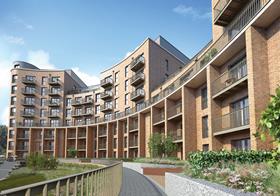 The company reported higher operating margins and return on capital employed, and hiked its returns to shareholders. It raised its interim dividend by half to 4.8p, from 3.2p, and said it plans to return 97p a share to shareholders over the three years to November 2017. The interim dividend marks the second payment under that plan.

Barratt chief executive Mark Clare said: “Housing completions were up over 12% during our first half and are running at the highest level for six years, supporting over 12,000 suppliers and subcontractor companies. Over the next six months we plan to open a further 90 sites (including joint ventures) that will deliver another 13,500 new homes over their lifetime.”

The housebuilder reported net private reservations per week over the last eight weeks stood at 279, down slightly from 285 a year earlier.

“First time buyers have continued to return to the market and the number of first time buyer completions has reached a seven year high. The market has been supported by improved mortgage lending conditions leading to an expansion of mortgage products and more competitive rates for borrowers,” said Clare.