Charity Belong has launched its first-ever retail charity bond, set to mature in 2026 and offering an annual interest rate of 4.5%. 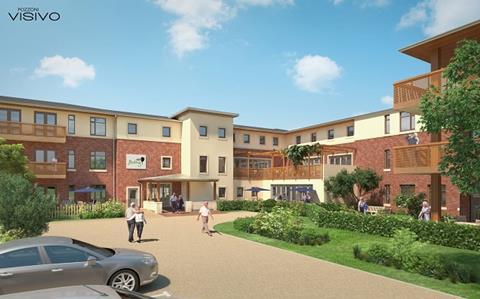 Belong provides accommodation, care, support and associated facilities, amenities and services to those who need them.

Currently the charity operates seven Belong villages across the UK. The most recent village was opened in Newcastle-under-Lyme in April 2018, providing a home for over 530 residents in the North West of England.

Ahead of launching the bond, it has acquired two further sites with planning permissions already secured, and development is expected to start on these this year.

The bonds will be issued by Retail Charity Bonds, a special purpose vehicle created and managed by Allia, an independent not for profit with a social mission, dedicated to helping impact organisations and initiatives grow.

The funds raised will be loaned, via a loan agreement, to Belong and will be used to further its charitable objects and to develop further Belong villages.

Tracey Stakes, chief executive officer of Belong, said: “Belong villages were established as an alternative to the conventional care model, and led by an individual’s needs rather than an institution’s requirements. As demand for our offering has grown, we continue to look at ways to expand our portfolio and a successful bond issuance will allow us to develop further villages across the UK.”

The bonds are available to wholesale and retail investors and will pay a fixed rate of interest of 4.5% pa until 20 June 2026, payable twice yearly on 20 June and 20 December of each year, with the first coupon payment being made on 20 December 2018.

This is the eighth retail charity bond to be launched by the issuer, following successful previous issues for Golden Lane Housing, Hightown Housing Association, Charities Aid Foundation, Greensleeves Homes Trust and Dolphin Living. In total the bonds have raised more than £150m since 2014.

The bonds have a minimum initial subscription amount of £500 and are available in multiples of £100 thereafter. The offer period is expected to close on 13 June and the bonds will trade on the London Stock Exchange from 21 June, subject to regulatory approval.

Peel Hunt is acting as the lead manager on the issuance.