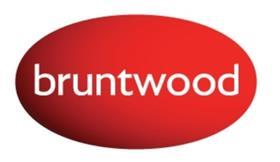 In addition the commerical property group reduced its total debt from £590m to £440m and from 66% to 55% of the value of its buildings. In doing so, it agreed a new £300m five-year banking facility with RBS, Barclays, HSBC and Santander at the end of 2014.

The company attributed the growth to both the performance of the business, and of the English city regions in which it operates.

During the year, the company completed a number of redevelopments including Manchester One, Centre City in Birmingham, Cotton Exchange in Liverpool and 100 Wellington Street in Leeds.

It also increased its majority stake in Manchester Science Partnerships and purchased the 400 acre, 1.7m sq ft world class Life Sciences site, Alderley Park in Cheshire as well as completing the development of Citylabs in Manchester.

Focussing on further growth Bruntwood took advantage of the growing investor interest in the regional cities through three property disposals, including selling Manchester’s City Tower for £135m, to release funds for what it describes as their largest ever development programme.

Chris Oglesby, chief executive, said: “2014 has been a standout year for Bruntwood. The fact that we continued to invest in our portfolio during the economic downturn has positioned us well to fulfil the uptake in demand that we’ve seen across all of our markets as the economy has recovered and the focus has shifted to the major City Regions as engines of growth.”

The group plans to deliver a development pipeline of over 2m sq ft in 2015, including Alderley Park, 3 Sovereign Square and City House in Leeds, Cornerblock in Manchester, the new 70,000 sq ft Heart of the Park at MSP, Manchester Business School and 2 Cornwall Street in Birmingham as well as fulfilling its plans for Manchester Science Partnerships.