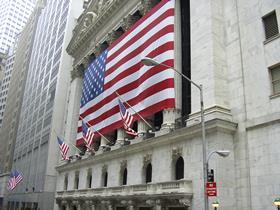 The announcement to the New York Stock Exchange on Wednesday night also showed revenue for the fourth quarter totalled $2.8bn, an increase of 25% from $2.2bn in the final quarter of 2013.

“2014 was a banner year for CBRE,” said Bob Sulentic, the company’s president and chief executive officer. “We generated strong growth and reached new milestones for total revenue and EBITDA.”

CBRE said the year was marked by strong organic growth and the acquisition of the occupier support services business Norland, which enhanced CBRE’s global corporate services division in EMEA.

Good growth was also seen in the recovery markets of Ireland and Spain. CBRE was involved in a number of landmark deals across Europe, including support of MEPC’s acquisition of Silverstone Park, a 2.4m sq ft technology and motorsport development park.

CBRE has also just been confirmed as the sole agent on Secure Income Reit’s proposed sale of the Madame Tussauds site in London, which the company announced today.

Michael Strong, executive chairman, EMEA, CBRE, said: “2014 was an excellent year for CBRE in EMEA. We have reported an outstanding set of results, almost doubling our revenues over 2013; delivering record revenues in the UK and Netherlands and particularly strong performances in Spain and Ireland.

“In addition, our corporate services business has seen enormous benefit from the acquisition of Norland, which has added a compelling dimension to our client offering, driving wins for firms including Bank of America Merrill Lynch, AON and Pfizer in 2014.

“We are now expanding this capability into key European markets. In 2015, we will continue to focus on delivering value to clients, winning market share and investing strategically in profitable growth opportunities.”

In the EMEA region, organic revenue improved 16%, or 71% including the contributions from Norland Managed Services Ltd, which CBRE acquired in December 2013. Asia Pacific posted revenue growth of 8%, fuelled by notable strength in Australia, India and Japan.

As expected, Global Investment Management revenue declined during the quarter. The 26% decrease was primarily due to significantly higher carried-interest revenue in last year’s fourth quarter than in the fourth quarter of 2014.

“By any measure, 2014 was an excellent year for CBRE, and we believe 2015 will be another year of strong growth,” Sulentic said. “The investments we’ve made in our people and operating platform have materially strengthened our global business lines and positioned them for further market share gains by delivering enhanced value to our clients.”

In light of its outlook for its business performance in 2015, CBRE expects to achieve earnings-per-share, as adjusted, in the range of $1.90 to $1.95 for the full year.​​