It’s a big couple of days for two of the world’s largest property agency groups and the focus is on New York. 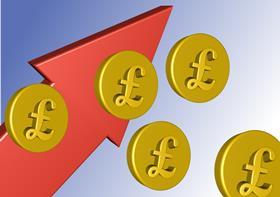 On Tuesday JLL, the NYSE-listed property advisory group, produced a strong set of annual results showing profits had jumped 31% in 2014. The shares reflected the positive news rising a whopping 10.25% to 159.93p. The company is now valued at $7.71bn (£4.73bn).

This evening JLL’s rivals CBRE will issue its annual results. The group’s shares have been on the rise in recent days and closed yesterday up 3.41% to $33.68 on expectations of some spectacular results this evening. It is currently valued at $10.76bn, but we could see a further rise in its worth on the back of tonight’s results.

Meanwhile, back in London, the FTSE 100 is closing in on record highs, not seen since the dotcom bubble 16 years ago.

However, it was not a good day for all in the property sector. Aberdeen Asset Management led the FTSE 100 fallers, down 3.43% to 425p after it said funds under management fell in the final three months of last year.