Prime yields are almost back to 2007 levels, a year many in the property industry would wish to forget. 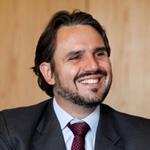 But does that mean the market is overheated and that investors are taking unjustified risks (again)? We would argue no.

2015 is very different - and the key difference is the risk-free rate. Interest rates in the UK and Europe have never been lower, with no indication of a return to ‘normal’ levels for some time. Today’s risk premium is much higher than in 2007 and, based on this alone, commercial real estate is attractively priced against other asset classes and remains above the long-term average. This suggests yields have further capacity to compress. The large risk premium was justified in 2012, when there was no liquidity and negative rental growth, but neither condition currently applies.

Given the level of pricing in 2007, sustained rental growth was essential to cover debt costs. By the end of 2007, the sub-prime crisis had emerged and supply was also beginning to pick up. Today, following five years of little development, there is a dearth of good-quality commercial property available. Rental growth has emerged over the past couple of years and is set to accelerate with increased demand and low levels of supply.

Unlike today, development activity comprised a high percentage of stock across most European office markets in 2007. At some point over the next few years, when development finance does become available, speculative development will pick up significantly, marking the end of the upward rental cycle. This may be the biggest threat to pricing, leading investors to demand higher yields.

Underlying all this is economic uncertainty in the eurozone. Investment volumes are recovering to early 2000 levels and are driven by equity-led investment from overseas sources, rather than leverage. The risk is that the faltering eurozone recovery may scare some investors away. However, the wall of overseas money is vast and willing to accept lower returns, so high levels of investment may be sustained for longer than in the build-up to 2007.