There has been a sharp fall in UK real estate investment as a result of ‘a temporary lack of valuation transparency’ but experts say this has been partly mitigated by a significant increase in indirect investment through the public markets. 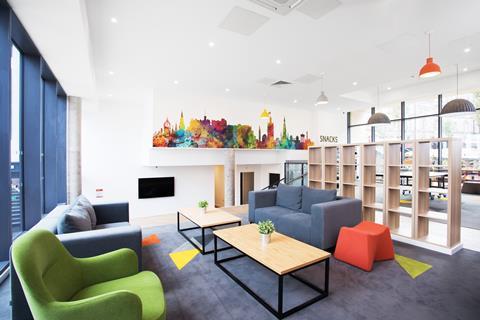 On course: Unite carried out a £300m fundraising for new developments

Industry figures have attributed the decrease to current valuation uncertainty. John Knowles, head of national capital markets at Colliers, said this had “probably taken away 20% of the market players from being able or wanting to transact”.

Roger Clarke, managing director at the International Property Securities Exchange (IPSX), added that “without transparency or clarity, investors simply do not know how much an asset is worth, which has inevitably led to a slump in transactions”.

However, he said investors were still keen to invest in UK property and had done so indirectly through the public markets instead over the past three months.

“These businesses have had little trouble finding investors that believe in their long-term viability,” said Clarke. “This is all investment in the business to drive it forward, rather than any distressed rescue financing.”

Most of the fundraisings have been sector-specific, such as the £673m SEGRO raised in June for logistics assets, or the £300m Unite raised to expand its student housing development pipeline.

Knowles was confident that investment volumes would start to pick up later this year.

“Unless there is a backward step in the easing of lockdown, we expect a lot of product launches in September, so the uplift is likely to be much more in Q4 when these products transact than in Q3,” he said, adding that there was a lot of money waiting to come into real estate because it is one of the few asset classes with a good income return attached.

“Furthermore, the UK is still the number-one global destination for overseas capital,” he said.