An 11% writedown in the valuation of the Bluewater shopping centre in Kent weighed on Landsec’s full-year results this week. 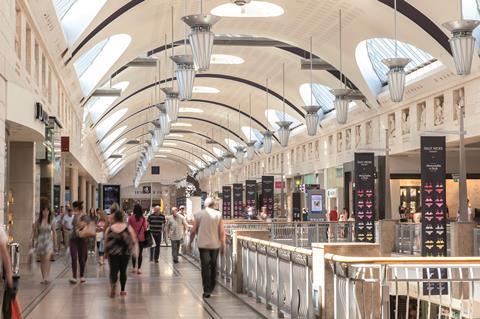 Bluewater Shopping Centre is one of Landsec’s key assets

The asset’s fall in value made shopping centres by far the weakest performing part of Landsec’s portfolio, down 3% in value in the year to the end of March. The value of the wider portfolio fell by 0.7% to £14.1bn.

Chief financial officer Martin Greenslade said the dramatic fall in value for Bluewater was due to the lack of comparable information available to valuers.

Hermes’ sale of its 7.5% stake in the centre last year for less than the £167m asking price was also factored into their view, as was Lendlease’s failure to find a buyer for the 25% stake it put up for sale last year.

“They have taken both of those [facts] into account and said ‘we think in this market people require a slightly higher earnings yield – both initial and equivalent yield, so they have basically expanded the equivalent yield by 50 basis points,” said Greenslade.

The revised valuations of one of Landsec’s oldest properties – Portland House, SW1 – also hit the company’s valuation. The asset, which Greenslade called an “outlier” in its portfolio, was marked down by 12%.

The fall in valuation had a negative impact on Landsec’s net asset value (NAV), which fell 1% year on year to £14.03 a share. The NAV was also affected to the tune of 59p a share by the refinancing of £1.5bn of bonds.

Greenslade said the hit to NAV was a price worth paying for the refinancing, which had reduced its cost of debt to 2.6%, more in line with current market rates, and lengthened its debt maturity to 13.1 years.

“Increasing the length of our debt is a very sound thing to do with current interest rate levels,” said Greenslade.

The refinancing also meant Landsec was well placed to take advantage of any investment opportunities during a market downturn, he added.

Landsec’s shares fell 1.93% following the release of its results on Tuesday, but Greenslade said he was not fazed by the performance of its shares, which continue to trade at a significant discount to NAV.

“We are a cyclical business and we have to recognise that at times the stock market won’t value our shares in the same way the underlying properties are valued,” he said.

In a note to investors, analysts at Liberum said: “We believe Landsec continues to be overly penalised for its lower-risk business positioning, which in the context of current discounts to NAV should be reflected in a relative premium.”