Empiric to sell up to 10% of its portfolio

Empiric Student Property is planning to put up to 10% of its £945m portfolio on the market later this year following a review of its investments. 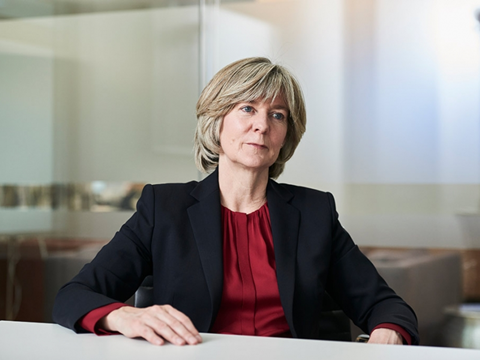 Lynne Fennah was made chief operating officer at Empiric in July

The review was initiated as part of a drive to improve the performance of the group, which parted company with chief executive Paul Hadaway last year after identifying “a number of financial and operational inefficiencies”.

Empiric plans to start making disposals in the autumn.

“We believe the start of the new academic year is the right moment to commence a measured programme of tailored disposals of properties either singly or in small groups,” it said in half-year results this week. The proceeds from the sales would be reinvested in “standing assets or in the development and forward funding of new high-yielding core assets,” it added.

In a bid to reduce its costs, Empiric is in the process of bringing facilities management in-house. Contracts with its suppliers have been terminated and all facilities management will be provided in-house from April next year. The first significant cost savings are expected to be recorded in the fourth quarter this year.

Empiric has also cut the number of consultants and contractors it uses and reduced the headcount at its head office in order to cut costs. To make further savings, it is now planning to bring its human resources and IT functions in-house.

“Once everything comes in-house, we will be completely in control of our own culture, our goals and objectives, and it will make it much easier to manage the business,” said Lynne Fennah, Empiric’s chief operating officer and chief financial officer.

The cost-cutting has already had an impact on the company’s financial performance. In the first half, administrative expenses totalled £4.9m, down from £7.6m last year.

The company also reported 25% growth in earnings per share and a 1% increase in NAV per share to 105.54p. The like-for-like value of the portfolio rose by 3%.