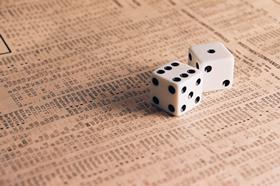 The Company’s unaudited NAV per share as at 31 December 2014 was 101.08p. At the end of the period the company owned investment properties worth £84.1m, and had cash balances of approximately £11.4m.

Danny O’Neill, managing director of Ediston Properties Limited (the company’s investment adviser), said: “Our focus is on the deployment of the remaining capital raised at IPO with the acquisition of suitable properties and in securing a debt facility across the whole portfolio. The improvement in the security of income and on the average lease length within the portfolio will aid those discussions and we are confident of agreeing terms for the facility within the first quarter of 2015.”

The initial dividend of 0.9685p per Ordinary Share will be paid in respect of the period from admission to 31 December 2014.

The next independent quarterly valuation of the property portfolio will be conducted by Knight Frank LLP during March 2015 and it is expected that the NAV per share as at 31 March 2015 will be announced in April 2015.​