Commercial real estate loan sales in Europe hit a record high of €80.6bn in 2014 - more than two and a half times the volume recorded the year before, according to a report from Cushman & Wakefield. 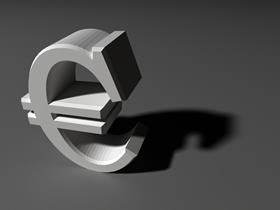 The final quarter of the year was particularly active as investors and sellers raced to meet annual targets. Just over €23.9bn of transactions completed during the period.

Cerberus led the league table of investors buying up €17bn of European loan portfolios. The company was particularly active in the final quarter, closing six deals that accounted for 41% of the volumes transacted in the quarter. It acquired the largest portfolio of the year, which was RBS’s €5.6bn Project Aran.

Lone Star was also very active, buying up more than €16bn of loans. It was particularly active in the first half of the year, buying several IBRC portfolios in Ireland.

Federico Montero, Cushman & Wakefield’s head of loan sales, EMEA corporate finance, said: “All records were broken in 2014. The €80.6bn of loan sales recorded highlights the full extent of the troubled assets European lenders have had to deal with since the crash. It also illustrates the vast amount of US capital still hungry for distressed opportunities in Europe.”

Cushman & Wakefield’s EMEA corporate finance team is expecting the volume of transactions in 2015 to fall to €60-70bn. NAMA is likely to be a particularly active seller - Cushman & Wakefield said it had recorded €2.7bn of closed sales so far this year of which a third were attributed to the Irish bad banks.

However, as other UK and Ireland banks have sold off large portions of their non-performing loan books, Montero said he expected loan sale activity to shift more to continental Europe in 2015.

“As in previous years, the UK and Ireland took centre stage in 2014 with both markets recording staggering volumes of closed transactions,” he said. “However, with activity levels from key vendors such as Lloyds and RBS expected to slow in 2015, lenders in southern and eastern Europe may have a gap to bring more product to the market.”