Foxtons likes to be different, and when it comes to reporting figures it’s certainly bucking the trend. 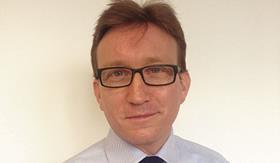 The flashy London estate agent reported a 12.1% fall in turnover for the fourth quarter of last year this morning, after others in the homes business have reported big gains.

It’s had a rough ride since floating in 2014, with its shares plummeting from their original 230p to less than half now, and the loss of its chief executive Michael Brown due to personal reasons last summer was unfortunate. And it appears there isn’t much good news to come. The consensus is for revenues to be up slightly to £143.02m for the year to 31 December 2014, compared to £139.18m last time round. But EPS is expected to drop 8% to around 12.25p.

So, what does the future hold for Foxtons? There has been rumours of a return to the business of its founder Jon Hunt, but he may not be the only one plotting. With the likes of Warren Buffett on the prowl for a UK estate agency to expand his Berkshire Hathaway Home Services business into, Foxtons might just be a prime target. If not for Buffett, then there is surely someone who sees value in Foxtons. I, for one, will not be surprised if a bidder crops up during the course of this year, and with the shares rising more than 6% this morning, it seems a few others won’t be either.

Maybe lose the annoying branded Minis, a bit of the attitude from the agents, and Foxtons could even be liked by home searchers.