Grainger, the UK’s largest listed residential property owner and manager, has revealed a 6.3% jump in average rents during the four months to 31 January, compared to the same period last year. 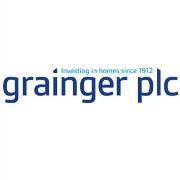 However, the group has warned the home sales market will soften in the run-up to the General Election.

In a trading update this morning, the group also announced average sales prices were 3.9% above the September 2014 vacant possession value, while £102.3m of sales were completed, exchanged or in solicitors’ hands during the period.

Grainger has acquired 1,000 residential units for £85m since the start of the year, comprising predominantly market rented assets, located outside of London. On an annualised basis these acquisitions are projected to deliver around £6m of gross rental income.

The valuation of the group’s private rented sector fund with APG, GRIP Unit Trust, saw a 6.7% like for like increase in the six month period to December 2014.

Andrew Cunningham, chief executive of Grainger, said: “We have seen positive trading conditions in the new financial year, with robust sales, good rent increases achieved and fee levels in line with expectations. While home buyers have become more sensitive to pricing in recent months, the price points of our properties continue to generate strong interest and sell at levels above their vacant possession value in London and the South East, as well as the other UK regions where we operate. Rental demand for new lets and renewals remains strong.

“As we indicated previously, we anticipate that the UK General Election and the uncertainty surrounding it will likely lead to a softer transactional market for home sales during the election period. In addition, we note recent global economic concerns spurred by various factors including the continued uncertainty in the Eurozone. Nonetheless, there are a number of factors that continue to provide positive upward pressure over the medium term for the UK housing market, including the low interest rate environment, improving real wages, changes to the stamp duty regime and the continued supply-demand imbalance.

“We continue to actively pursue a number of investment opportunities, particularly focused on market rented assets and build to rent.”​