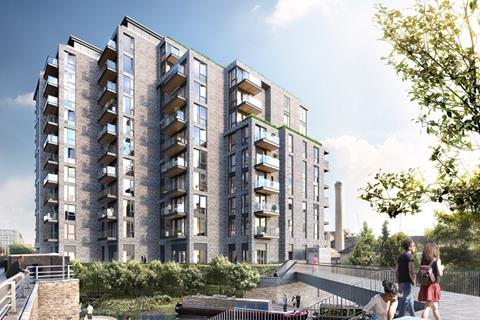 The club deal is structured as a direct £43m loan from Investec alongside £29m of debt arranged with Bank HaPoalim, Israel’s largest bank.

Located on Camley Street, next to King’s Cross Central, the scheme will comprise of 121 one, two and three-bed luxury apartments and 29,000 sq ft of co-working space. The apartments will be let and operated by LABS LIVE, and the flexible office space will be provided under the LABS co-working platform, marking the first project in which Sagi’s PRS and co-working platforms have been combined.

Initial works have commenced on the scheme and practical completion is expected in 2020. The wider Kings Cross Central development proposals include 6.5 acres of new public realm along the Regent’s Canal split across the Gas Holders Zone and Coal Drop Yard. Argent has planning permission to develop 1,946 housing units as part of the development.

Chen Moravksy, president of LabTech, said: “This is a very exciting project for The LabTech Group, creating another valuable LABS ecosystem for co-working, living and events. We are delighted to be working with Investec on this project and look forward to a long and beneficial relationship.”

The loan takes Investec’s development finance raised to £400m this year including last month’s £195m backing for the Cain International led consortium Stage Shoreditch to fund the mixed-use development The Stage. This was also a club deal and saw Investec provide a £97.5m commitment of its own alongside arranging £97.5m from Harel, the Israeli insurance group.

Simon Brooks, co-head of origination at Investec, said: “We’ve been working hard to build strategic partnerships with like-minded lenders so that we can support our clients beyond the scope of our own balance sheet. 101 Camley Street and The Stage represent two substantial transactions being pursued by leading entrepreneurs. We are glad that with the relationships we have built with other lenders such as Bank HaPoalim and Harel, we have been able to build on our capability and support our clients.”