JLL steps up its acquisitions drive as annual profits soar

JLL has set itself a limitless budget for acquiring businesses in the next 12-18 months, chief executive Christian Ulbrich has told Property Week. 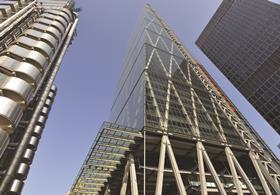 In a stark warning to rivals, Ulbrich said the market was heading towards the top of the mergers and acquisitions cycle and that JLL was planning to keep a very close eye on opportunities for growth over the coming year.

“The pipeline of M&A grows as the cycle moves towards its peak. The biggest M&A deals in the previous cycle were in 2007 and 2008, just before Lehmans went down. People sell in the good times,” he said.

“It’s been quite difficult to take bigger steps in the past few years. We bought seven companies last year, but none were on a big scale. We would like to continue growing, both organically and through acquisition, and hopefully the market will offer some opportunities in the next 12-18 months.”

Ulbrich added that the second tier of agencies were also likely to consider their own mergers in the near future. “We do keep an eye on what the second tier of firms are doing,” he said. “It is a continuing question as to what Cushman & Wakefield’s strategy is. People would like to know what it is going to do.

“What we and others are watching for is if Cushman’s continues the consolidation in the sector with a merger, perhaps with Colliers or DTZ. But it’s not a firm you should wait for us to buy.

“As our results showed this week, we have very little debt on the balance sheet, so we either do some M&A or pay a big dividend. When it comes to acquisitions, we can do whatever we want to. We are not limited by finance.”