PwC has predicted there will be even more loan portfolio sales in Europe in 2015 than there were last year. 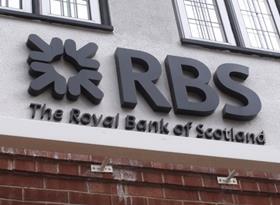 In a report out today, the firm said loan portfolios with a face value of €91bn were sold last year, including €49bn of commercial real estate loan sales.

Thompson said: “The Asset Quality Review brought to light €136bn of troubled bank loans which may require reclassification on balance sheets. Whilst some of the 2014 deals were in part AQR driven, I expect this to play a bigger role in deals in 2015 and beyond.”

The UK, Ireland and Spain accounted for 75% of transactions in 2014, but PwC predicted that this year the geographical spread of loan sales would grow.

“There’s likely to be significant growth in the Italian, Dutch and Central & Eastern European markets,” said Thompson. “These markets accounted for less than 10% of transaction volumes in 2014 (€9bn) and we expect them to more than double in size in 2015, to around €20bn.”

Unlike PwC, the corporate finance team at Cushman & Wakefield predicted that the volume of transactions would fall slightly this year because of the reduced activity from key vendors like Lloyds and RBS who have now slashed their non-performing loan exposure. They also predicted a shift to Southern and Eastern Europe.