Life has been good for debt funds in recent years. Capitalising on the retreat of traditional bank lenders during the crisis, they have delivered enviable returns for investors without taking big risks.

But today it isn’t quite so easy. UK high-street banks are ramping up their lending, US investment banks are coming back in a big way and the number of debt funds sparring for business has also mushroomed. As competition grows and bond yields fall, margins have come down, squeezing potential returns.

So how are debt funds responding? Faced with fierce competition and falling margins, are they being forced to take on too much risk?

For deals related to good-quality assets where the borrower has time on the their hands, senior debt funds have struggled to compete with the German mortgage banks and UK high street banks because of their higher cost of capital.

“If a debt fund is targeting returns of 6%, how is it going to compete against a bank funding against covered bonds issued at 0.6%?” says Rockspring head of research Jose Pellicer. 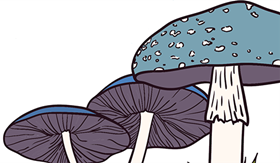 However, where transactions are less straightforward, senior debt funds still have a role to play. For example, AXA Real Estate has targeted large loans or deals that require a quick execution. It has also had to adapt its approach by looking away from the UK towards markets that are at an earlier stage of recovery.

“Recently, we have been less active in the UK due to increased competition and tightening yields,” says Isabelle Scemama, head of real asset finance at AXA Real Estate. “However, we made a significant shift in going back to Spain, where we have deployed approximately €1.2bn this year to date.”

As a result, AXA Real Estate has achieved spreads only 25 basis points tighter in the past six months than the same period a year ago, while the wider market has tightened by 60-75 basis points, claims Scemama.

Institutional players such as AXA, L&G and Aviva are focused on the senior market, but it is in the mezzanine debt space that the number of players has really exploded in the years since the crisis. “It felt like there was a new fund launching every week during the first quarter of this year,” says Simon Mower, an associate director in KPMG’s capital advisory group.

The surge of new arrivals has made it a tougher market. “The heyday was probably about 12 months ago, when the property market was recovering and there were fewer funds around,” says David Reitman, a partner in KPMG’s capital advisory group.

Increased competition has resulted in falling prices. Margins vary depending on the nature of the deal, but they have typically contracted about three percentage points in the past 18 months, estimates James Wright, a member of CBRE’s debt and structured finance team.

Many funds argue that the returns are still attractive enough. DRC Capital partner Rob Clayton believes that in some ways it was much harder for mezzanine debt funds during the crisis. “The difficulty in finding senior debt meant that it was much harder to get things accomplished,” he says. Now the recovery in the property market has meant there is also higher demand for credit, he adds.

Some debt funds have shifted from a focus on mezzanine debt to providing whole loans. This is partly because they are now more confident of syndicating off the senior piece of the debt afterwards — but it is also a way of staying ahead of the competition.

“The junior debt funds have gradually increased their focus on a whole loan approach in order to differentiate themselves through their ability to execute a transaction quickly,” says Reitman. “Their chain of command is shorter than the banks and this allows them to underwrite and execute in an expeditious manner.”

A good example is Pramerica, which has done an increasing number of whole loan and preferred equity deals. It has also started to take on more development and asset management risk.

The £136m whole loan and financing deal it struck to back Aidan Brooks’ Tribeca Holdings’ acquisition of 431-451 Oxford Street earlier this year was a case in point. It has since brought in Credit Agricole to take on the senior debt, but has retained the mezzanine tranche and the preferred equity, giving it a potential share in profits made from the work to turn the property — which is opposite Selfridges - into a high-end retail destination.

“We’re willing to take on refurbishment and repositioning risk — but only for well-located assets — and we also look to take preferred equity,” says Andrew Radkiewicz, managing director at Pramerica. “If you are going in and taking risk, you don’t want to cap your upside.”

There are plenty of properties trapped in non-performing loan portfolios that have had no investment for five years or more and offer good opportunities to add value, argues Radkiewicz. He believes the boom in loan portfolio sales this year therefore provides a wealth of opportunities for debt funds. For borrowers who find themselves caught up in a loanportfolio sale, debt funds can also be a good option.

Reitman adds: “The whole loan option can be particularly attractive in this situation, where the borrower might be able to negotiate a better deal with the purchaser of the debt if a transaction can be turned around quickly.”

No shortage of opportunities

Aeriance is another debt fund that is willing to take on development risk through its Opportunistic Real Estate Loan Fund 2, which launched last year. Initially, it focused on providing development financing for luxury residential properties in central London, but it has since broadened its focus to incorporate Greater London and other major cities as the outlook for central London has started to look more uncertain.

The firm sees no shortage of opportunities for debt funds in areas such as these, where bank financing is likely to remain hard to come by. “In the US the funding market is split into one-third banks, one-third nistitutions and one-third alternative lenders — so why shouldn’t it be the same here?” says Aeriance chief executive Harin Thaker.

As the recovery has gathered pace, debt funds have started to take on more risk. “Alternative capital providers, who have done so well in recent years, are finding they need to change tactics,” says Mark Bladon of Investec Property Finance. “We see an important shift in the behaviour of private debt funds as they seek to maintain IRRs by moving up the yield curve and taking on more project risk.”However, most observers believe that debt funds have so far been quite measured in how they have adjusted their strategies.

There has been no return to some of the riskier practices of the pre-2008 era. 90%-plus LTVs are still virtually unheard of and although LTVs in the mid-80s are now available, they come with better covenants and more sensible pricing than in the past. The danger is that as competition continues to increase and pressure to deploy grows, some funds will become tempted to push the risk dial a notch too high.