Pathways to the private sector

With £10bn of capital reputedly looking for a home in the private rented sector (PRS) what does the future hold for this alternative asset class?

Can property investors wrest a slice of the market from buy-to-let landlords, or will the model of building purposebuilt flats for professional rental only ever stack up in affluent London boroughs? 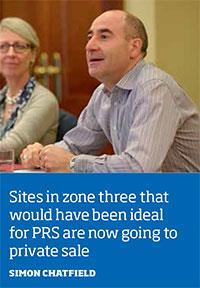 CB: The government’s Private Rented Sector (PRS) Taskforce has identified £10bn of potential investment for private rented sector projects, but how does this translate on the ground?

SC: There’s a lot of interest in PRS, and lots of institutions have talked about it, but there are probably still only a small number that would seriously fund it.

NY: One of the difficulties for institutions is that their funds are either income funds or capital funds - and PRS is both.

HD: While PRS landlords are competing in the market against overseas investors they are always going to lose out.

PRS operates on a different business model to developers and housebuilders, who do not need to budget for long-term hold and regular maintenance.

Until PRS is seen as a viable use of property in its own right, capable of giving something back to the community such as a 10-year commitment to PRS with capped rents and incomes, then it will continue to face difficulties in securing product.

SC: If the investors were where they are now three years ago, we would have had the opportunity to secure a number of sites. Now sites in zone three that would have been ideal for PRS are going to private sale. 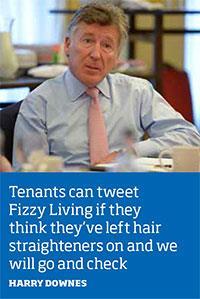 NY: Investors from Asia are ultimately prepared to buy flats on the kinds of sites we want to buy; it’s not just about central London for them anymore.

CB: The Labour government has declared war on buy-to-let investors, calling for “investor-free zones” and rental caps - will this help PRS developers?

KD: I know a lot of private landlords who have made millions on the back of housing benefit and that’s not right.

HD: They’re looking at the wrong part of the problem.

Do local authorities want to be seen to freeze out buy-to-let investors, or increase the number of apartments young people can afford to rent?

Is there not a way where, in large residential schemes, of the 40 per cent that should be “affordable”, half are PRS with capped rental increases and a ten-year guarantee?

That would provide us with the residual valuation to make schemes work. Take an area like Vauxhall.

You’ve either got to be extremely poor to live there, or extremely rich.

We’re all trying to achieve homes for young people but we need to buy at a viable price to rent at a viable rent.

The government should legislate or make this part of Section 106 agreements. 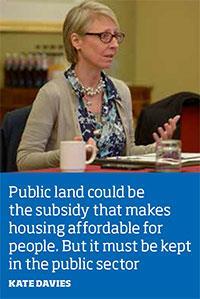 SC: It’s also about the quality of the product, and having something that delivers what tenants actually want: long-term security of tenure, certainty around rent increases, services and a landlord that responds to repairs.

CB: Would a separate planning use class help?

HD: The institutions that fund PRS developments don’t want it.

They have a long-term view and want the ultimate flexibility to sell.

SC: To have a product that encourages young professionals to live and work in the borough is popular with local authorities at a housing department level, but there is still a lack of clarity in planning viability terms.

More evidence is needed to assist valuers and planners.

CB: How does the social housing model fit in to PRS?

KD: In the 1970s you either bought a house or got a council flat. Now most people can’t get into either.

Social housing is not available for ordinary working people.

Right to buy is still being encouraged, so of course PRS is taking up the slack.

But as a solution, I don’t really rate it.

It is relatively expensive, and rents are going up faster than people’s incomes so it isn’t really sustainable. The government is interested in PRS as it is unable to tackle two much bigger problems - how do we provide adequate, affordable housing for people to rent or buy.

CB: What would you do as housing minister? 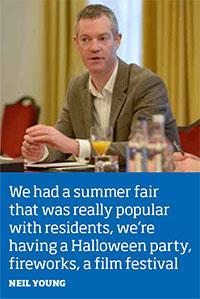 KD: Four out of every ten developable acres in England are owned by the state.

Public land could be the subsidy that makes housing affordable for people.

But it must be kept in the public sector so that the increasing value over time is retained and can keep working.

Look at Notting Hill - we’re worth £6bn, which enables us to build homes with only 10% funding from the taxpayer, and 90% generated by our organisation and borrowing.

CB: PRS developers pride themselves on tenant services - but which are the most popular?

HD: We offer free basic broadband, which tenants love as they hate the inconvenience of waiting for BT or Sky to make an appointment.

Laundry and dry cleaning they’re happy to pay for, but the biggest one is internet shopping - we have hundreds of Amazon parcels delivered every week, so having a concierge to sign for and take delivery of those is really popular.

CB: What have you all learned from the US market, where PRS is known as “multi-family housing”?

SC: In the US, it is so competitive. You get services like wine cellars and pet grooming parlours.

There’s no regard for whether people actually want it, but if one has it, the next one has to copy; it’s self-perpetuating. One thing we saw and liked was local restaurants coming in and doing a food evening for tenants, which has communitybuilding benefits.