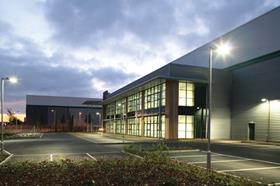 In Europe, occupancy also improved significantly. Having leased about 10m sq ft of space in Europe in the fourth quarter, Prologis reported that occupancy improved by 140 basis points on the prior quarter to 94.9%.

Capital One analyst Tom Lesnick said the guidance was “above our and the street’s expectations”. He said the earnings were also better than expected and raised his price target for the stock by $2 to $48.

“The beat was primarily attributable to strong leasing and better-than-expected expense recoveries,” he said.

Over the course of 2014, Prologis acquired $1.5 billion of buildings – of which over three quarters were in Europe.

Talking to Property Week after the results, Philip Dunne, president of Prologis Europe, said the company would remain a net investor in Europe, but that its focus would shift more towards development.

“We will be net investors again but we are planning less third party acquisitions and more development,” Dunne said.

In 2014, Prologis initiated 24 developments totalling about 5m sq ft, of which 43% were speculative. This year, Dunne said it would aim to do more and increase the portion of speculative builds to about 50%.

This year, Prologis will also look to take advantage of falling yields to make more disposals of assets in areas where it lacked the critical mass of investments to warrant holding.

Within Europe, Dunne revealed that the UK had the best occupancy levels and also the highest levels of rental growth. In continental Europe, the extent of yield compression in 2014 constrained rental growth because it had enabled developers to offer more competitive rents.