The real estate and construction industry has suffered the largest rise in the number of businesses in ‘significant financial distress’, according to the latest Begbies Traynor Red Flag Alert. 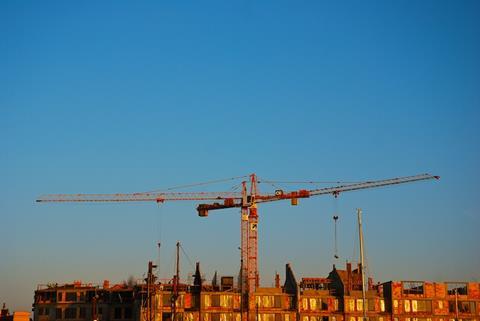 53,159 business in the real estate and construction sector are now considered to be in ’significant financial distress’

The increase was the highest year-on-year across any sector measured in the latest Red Flag Alert research, with 53,159 businesses in the sector now considered to be in financial trouble.

Specifically, the data highlights that property investors experienced a 30% increase to 15,033 in significant distress compared to the same period last year as the property sector continues to struggle with construction output falling and pre General Election and Brexit uncertainty having an impact.

The construction sector has also fallen victim to the current economic conditions, with falling investment in the sector resulting in 7% more (13,686) companies involved in the development of building projects suffering from significant financial distress when compared to Q4 2018.

This deterioration has also affected housebuilders, where significant financial distress has increased by 4% to 6,360.

The research reveals the number of businesses in significant financial distress across all sectors has risen to 494,000 - the highest number recorded by the research, with the real estate and property, support services, construction and retail the sectors particularly badly affected.

Following the Christmas period, retailers would have been hoping to turn around their fortunes. However, there has been a 2% increase in the number of retailers in significant distress to 31,615.

This malaise has also hit online retailers, with an 8% year-on-year increase in the number of these retailers facing significant financial distress to 9,117.

Julie Palmer, partner at Begbies Traynor, said: “The landscape of UK business is slowly changing. In order to capture the attention of consumers, businesses need to demonstrate that they not only have a compelling product or service at the right price, but also one that has strong environmental credentials to boot.

“The modern consumer in the UK is increasingly being motivated by impact on the planet, and so the appeal of fast-fashion, like the Boohoo and Primark models could fall from favour in 2020. The key for businesses will be to keep up with this trend and understand the modern demands of the consumer. The knock on effect is that companies start to look to the carbon footprint of their transport providers - an event which is being felt by the industrial transportation and logistics sector as the number in distress increased by 5% since last year.

“Businesses will be hoping that the next budget will also give them some respite with a cut in business rates, if that happens the question for businesses in 2020 will be whether they can adapt to the new climate they now find themselves in and invest wisely to restructure and reinvigorate their organisation where needed.”