Charter Court Financial Services, the business behind the PMF series of UK residential mortgage backed security (RMBS) transactions, has been given the green light to launch a retail savings bank. 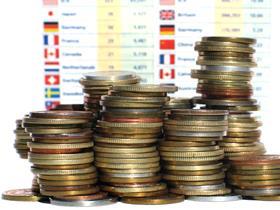 “The banking licence and associated funding diversification is only positive from a securitisation standpoint,” he said.

“The ability to take on retail deposits complements our securitisation programme and will strengthen our ability to stand behind transactions. CCFS will be looking to bring further deals to market in 2015 and will remain a programmatic issuer of UK RMBS for the foreseeable future.”

CCFS has successfully placed over £600m of RMBS through its PMF series, and was the first new lender in the UK post-crisis to securitise newly originated mortgage assets when it launched its inaugural PMF transaction in November 2013. Two further transactions followed in June and November 2014.

Simon Allsop, head of securitisation at CCFS, said: “Our first three transactions have been very well received by the market, and perhaps most importantly, have performed exceptionally well. We’ll look to build on that success with further issuances over the coming months.”