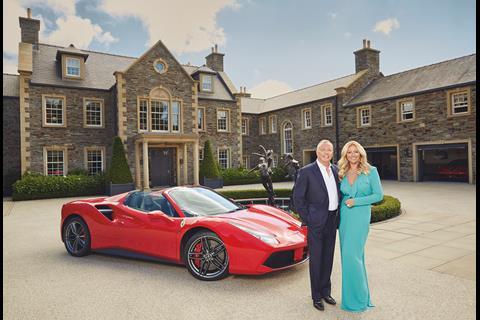 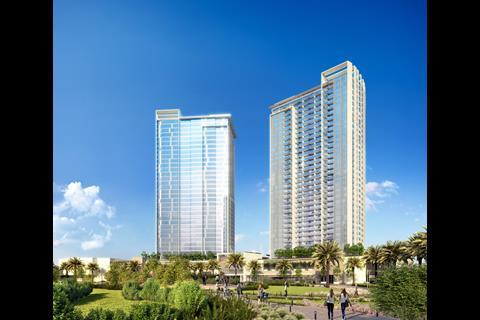 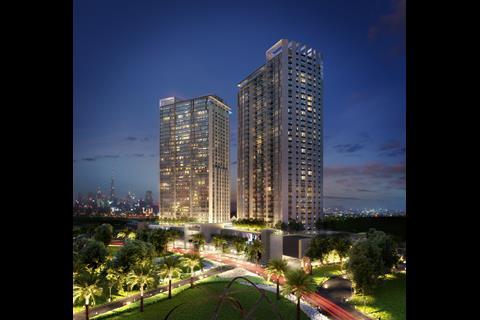 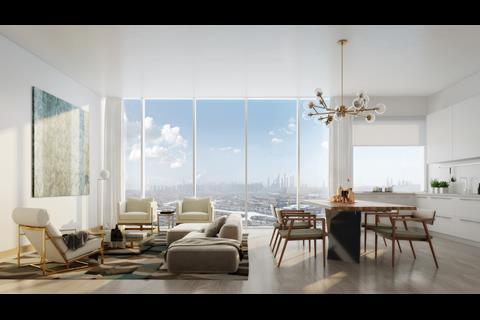 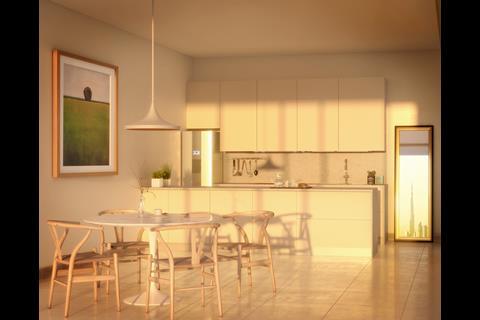 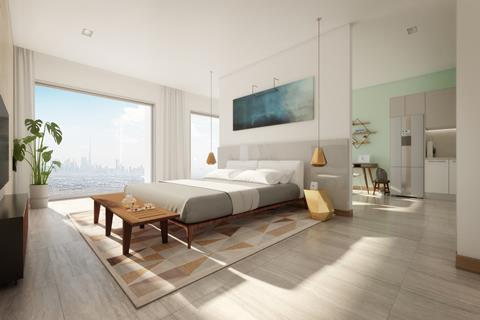 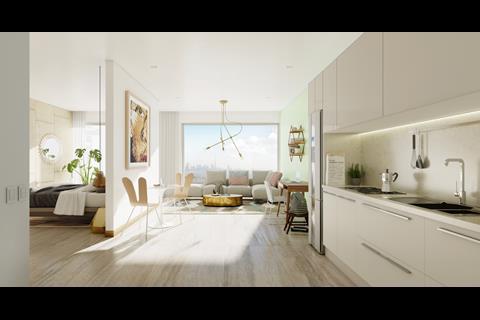 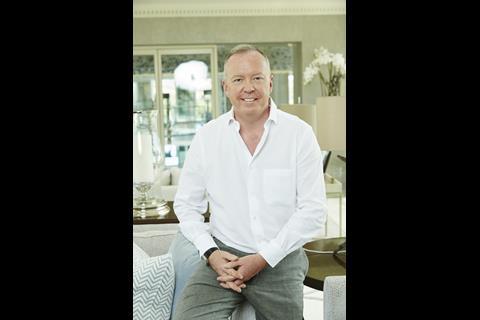 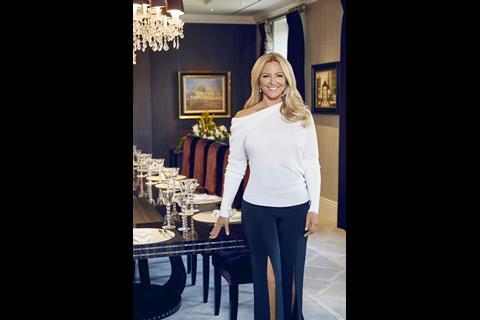 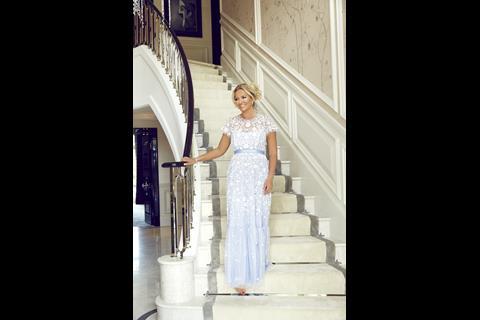 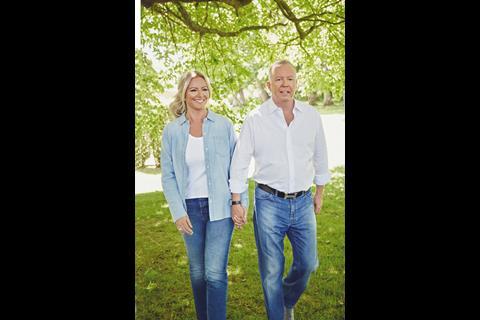 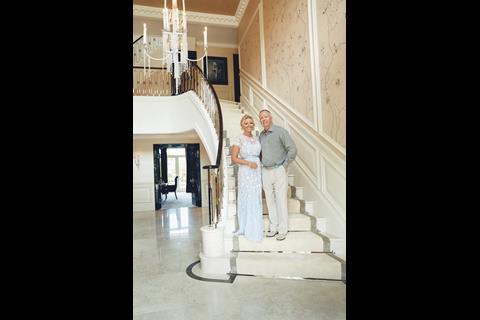 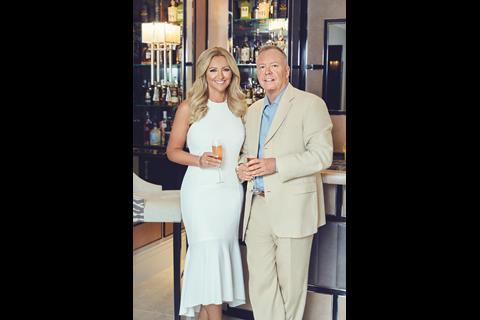 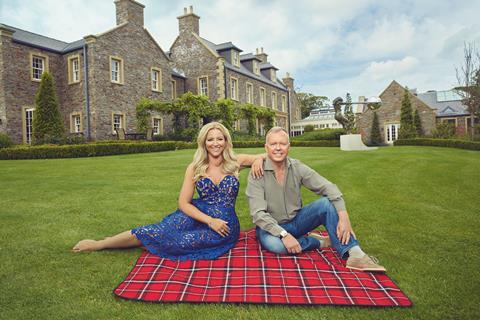 Two of the UK’s most well-known businesspeople have launched a residential scheme in Dubai, which they say is the first scheme in which apartments can be paid for with the cryptocurrency Bitcoin.

The Scottish business duo, who are also romantically connected, told Property Week that Bitcoin was the property trading currency of the future, adding that if their first project together proved a success they would consider rolling out similar developments in other countries, including the UK.

The development is funded via Barrowman’s Aston Property Ventures, his commercial property group which has £1.2bn of assets under management, and which is part of his Knox group of companies.

The initial tranche of 150 apartments, which are located between the city’s two main airports, are available to buy directly from the property developer in Bitcoin from today.

There has been increased global recognition and mainstream adoption of Bitcoin and other digital currencies worldwide in recent months. The price of Bitcoin has hit a record high of almost $5,000 (£3,856) in the past week, providing a return of almost 420% since 1 January 2017. Its value has, however, slipped back to around $4,200 in recent days. 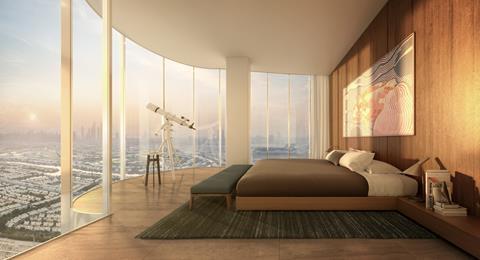 Lady Mone, who is designing the apartments through her recently-launched company Michelle Mone Interiors, said: “I am thrilled to be launching a project of this scale in the property sector. This is also a natural progression from the launch of Michelle Mone Interiors – bringing together my two passions in business for the first time; design and property.

“I have ensured, along with my business and life partner Doug, that our new development in Dubai offers exceptional homes to professionals and young families. The towers have been designed with community at its core and cater to those looking for style, lifestyle and convenience, in a beautiful location.

“Doug and I are trailblazers in our own business sectors, so of course we wanted this to be different, unique and exciting - not just in the property world, but also in tech.” added Lady Mone, who is nicknamed Baroness Bra in the House of Lords. This is why it is the first-ever development to be priced in Bitcoin. It is a launch of many ‘firsts’ in business and I look forward to an exciting project ahead for myself, Doug and the team.”

As it gains mainstream adoption, many will follow our lead on bitcoin - Doug Barrowman

Barrowman added: “This is a project I have worked very hard on for some time and the Dubai development is the pinnacle of design, architecture and commerciality. That said, I didn’t feel this was enough. I wanted to offer the property, tech and blockchain community a unique and exclusive opportunity by merging the property and tech sectors together in a true first for the industry.

“Bitcoin’s meteoric rise in a few short years means it’s now the most widely adopted cryptocurrency in history. This is exactly why we are the first property development ever to be priced in Bitcoin. I believe, as it gains mainstream adoption, many will follow our lead on this. I would, as I have done throughout my career in business, like to be the one who starts the trend, a very exciting one at that.”

Pre-sales of the 1,133 studio, one- and two-bedroom apartments have already reached 450. The development, next to the Dubai Science Park is due for completion in September 2019.

The development, designed architects John R Harris & Partners, include a 120,000 sq ft of retail space, including a convenience stores, supermarket and a selection of boutiques, cafes and restaurants.

The Aston Club will provide residents with access to a range of amenities and services, and the complex also includes swimming pools, a gymnasium, tennis courts, running track, children’s play areas, and a Zen pavilion for Yoga, Pilates and meditation. 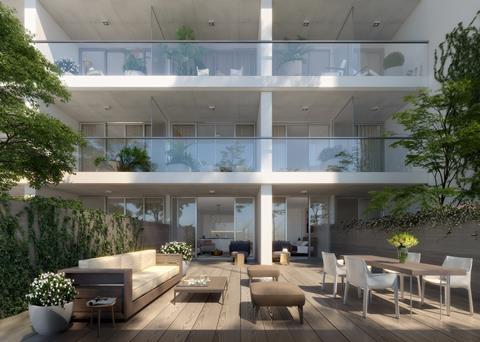 The Bitcoin payment platform BitPay will be processing the bitcoin transactions. The company already provides bitcoin payment tools to companies such as Microsoft and Richard Branson’s space venture Virgin Galactic.

​The power couple also claim investors can expect to receive a 9% return on their investment after completion.

While the couple claim the venture is the first major residential scheme to accept bitcoin payment, co-living group The Collective also launched a bitcoin payment option for members this week. The company will allow tenants to pay deposits and monthly rent in bitcoin, in a UK first.

“Bitcoin payments offer a significant leap forward for high-value international payments,” said Stephen Pair, chief executive and co-founder of BitPay. “These property purchases can now happen in minutes from anywhere in the world with the speed of sending an email. We are pleased to partner with Knox group of companies on this exciting first for Bitcoin and for property payments.”