Songbird Estate’s major shareholders have all backed the £2.6bn bid from the Qatar Investment Authority (QIA) and Brookfield Partners, it was revealed this morning. 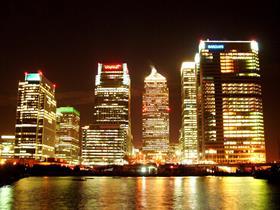 In a spectacular twist to the bitter battle for control of Canary Wharf, QIA/Brookfield has won the support of all three major shareholders, meaning the saga is all but over.

As a result of the backing from shareholders, the board of Songbird Estates has now recommended its minority shareholders to accept the bid, as it has the backing of the holders of 85.6% of its shares.

The bidding pair launched a 350p a share offer direct to Songbird shareholders in December, valuing the company at £2.6bn.

Songbird said, however, it still believed the offer undervalued the group, and that it had been talking to other potential bidders, but no new offer was expected before the current deadline at 1pm tomorrow.

Analysts at Oriel said the news came as a surprise. “This is a surprise announcement to us because in our view the response circular gave a thorough and detailed rationale as to why the offer did not reflect the full value of the company,” they said in an investor note this morning.

They added that without knowledge of the major shareholders’ individual circumstances “It was always going to be difficult to second guess the outcome.”

If the bid receives acceptance of more than 90% of shareholders, QIA and Brookfield will excercise their right to acquire compulsorily the remaining Songbird shares. If not, they will consider whether it is appropriate to maintain the company’s listing.

On the basis that all the major investors China Investment Corporation (CIC), Simon Glick, and Morgan Stanley have now backed the bid, QIA and Brookfield would hold at least 85.6% of the existing issued share capital.

The news comes after QIA and Brookfield launched a last minute plea to shareholders to accept their offer last Thursday. The bidding pair claimed their 350p a share approach provided an attractive opportunity for Songbird and for shareholders to realise cash at a premium of 41.6% to the share price before the initial approach was made on 6 November.

The pair also pointed to Songbird being a highly illiquid stock, which has not paid a dividend over the past five years.