A late rebound saw UK stocks finish in positive territory on Monday, though trading was choppy as investors digested mixed manufacturing data from across the globe and a rebound in oil prices. 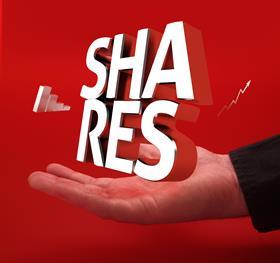 Among the REITs, Redefine International, the FTSE 250 stock, was the biggest riser, as its shares climbed 5.52% to 57.35p. The consensus among analysts is the stock remains a strong buy. Among the big property Land Securities consolidated its £10bn status, rising +1.5%, and is now valued at £10.22bn.

But the big market news of the day came from one of the UK’s most successful hedge-fund managers, who has issued a stark warning that the global economy faces a downturn that will be “remembered in a hundred years” and leave stock markets facing devastation.

Crispin Odey, best known for anticipating that banks would go bust in 2008, made his gloomy predictions in a missive to clients of his Odey Asset Management business in which he warns the European Central Bank’s €1.1tn (£730bn) bond-buying programme announced last week will not stave off a slump.

He is not only pessimistic about the firepower of the central bank to inject life into the eurozone markets but also about China, where recent data showed growth had slowed to 7.4%.

A pessimistic Odey said: “This down cycle is likely to be remembered in a hundred years … Sadly this down cycle will cause a great deal of damage, precisely because it will happen despite the efforts of central banks to thwart it.

“We are in the first stage of this downturn. It is too early to see what will happen - a change of this magnitude means the darkness and mist is very great”.

Odey - who reportedly was paid £47.8m in 2013 - earned a reputation for being a canny if controversial investor in the run-up to the banking crisis when he was placing bets that bank shares would fall, notably those of Bradford & Bingley which was later rescued by taxpayers in September 2008. He has not always called markets correctly and early in his career suffered losses when the US Federal Reserve raised interest rates in 1994.​