The new alternative to traditional lending

From nowhere two years ago, an industry has quickly built up of peer to peer (P2P) property lenders offering everything from straightforward refinancing to bridging and development finance.

Some are established P2P players taking their first steps into property, such as Funding Circle, but the majority are brand new companies focused exclusively on property. Names such as Wellesley & Co, LendInvest, LandBay, CrowdProperty and PropLend have all sprung up in the space of little more than a year.

But how much business are they actually winning? And how are they responding to critics who claim they cannot offer the same guarantees as a bank?

The new P2P players target the smaller end of the market — typically offering loans of under £5m. It is a market that used to be served by the high-street banks. However, in the wake of the financial crisis, banks have become increasingly unwilling to lend. 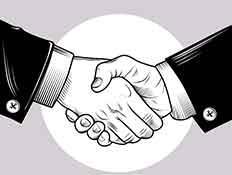 “Our borrowers would have gone to their local bank manager — but now it is an area that the banks want to get out of,” says Brian Bartaby, co-founder of Proplend, which offers re-financing loans to commercial property owners.

Because P2P lenders don’t have physical branches and aren’t burdened by regulation to the same degree as banks, they can move more quickly and be competitive on price. Agents report growing interest from property investors.

“People are getting used to it but it does take time to explain,” says LSH head of finance Steven Thomas. “Once someone has made the leap, they will typically go back. Ultimately, P2P lenders are acting just as a bank does but with an infrastructure that has evolved with the internet. They have no need for costly networks of physical branches.”

Some of the early entrants have built up significant loan books. Development finance specialist Wellesley & Co launched at the end of last summer and already has a gross loan book of more than £100m. Bridging finance provider LandInvest has so far lent almost £170m since launching last May.

Lenders have been surprised at how quickly they have grown. “Our first deal was done in April this year and we now have £20m out of the door and a pipeline of £35m committed debt,” says Funding Circle head of real estate finance Luke Jooste. “We’ve been overwhelmed by the amount of demand. Developers tend to be sceptical at first, but then they go through the process and are blown away by the experience. The amount of repeat business we get is incredible.”

The industry has already spawned a variety of lenders serving different niches. Even those specialising in one area, such as Funding Circle and Wellesley — which both focus on development finance — have different approaches. Funding Circle will currently offer loans of up to £3m and will only underwrite senior debt. It also does all the work a bank does to approve a deal before then taking it to investors on the platform, says Jooste, who was previously a commercial director at Barclays Business.

Wellesley, on the other hand, not only takes on higher loan-to-value deals than Funding Circle, it also invests its own money in every deal. “We have our own skin in the game. We lend our own money on every deal and in the event of a forced sale, the P2P lender gets paid first,” says Wellesley co-founder Anthony Fane, who previously worked for BNP Paribus and WH Ireland.
Wellesley is also less of a pure P2P platform because lenders do not chose which projects to back. All client funds are allocated across the entire loan book to reduce risk for lenders through diversification.

Most P2P property platforms still give investors the freedom to choose where to plant their cash. So far, none have reported any difficulty raising funds for the projects they have approved. Some have found that investors prefer to put their money into markets they know and understand.

That is part of the reason why LendInvest, which is backed by fund managers Montello, is branching out into the regions. It started out lending within the M25 but now wants to achieve a 50/50 split between London and the rest of the country by the end of next year. “Investors are quite local in the way they decide who to lend to. They are especially comfortable investing close to home,” says LendInvest co-founder Christian Faes.

With its focus on bridging finance, LendInvest’s main rivals are other specialists such as Masthaven and Dragon Fly, rather than the banks. Where Faes believes LendInvest can steal a march on them is speed. The company is investing heavily in technology to introduce more automation to lending decisions in order to reduce the time taken to provide funds from two weeks to as little as two days.

There is widespread optimism that the future is bright for the sector. With the government proposing to include P2P investments in ISAs, money could well pile in faster than ever. However, some concerns remain.

Traditional lenders argue that the P2P funding model is not as robust as the banks’. They don’t hold the same capital as banks to protect borrowers and investors in the event of losses. The model relies on the continued strength of investor appetite for deals and willingness to accept potential losses. Even P2P lenders have some reservations. “My fear is that there are some platforms that are not properly scrutinising deals and are outsourcing risk to lenders,” says Jooste.

However, advocates of P2P argue that appropriate regulatory oversight is now in place. The Financial Conduct Authority started regulating the sector in April this year, which helped to allay some people’s concerns, argues LSH’s Thomas, who says he recommends P2P lenders to clients — but advises that they properly research the different platforms.

“There are a number of new lenders out there and it pays to understand the different ways they approach the market,” he reasons.

With so many new entrants to the market, P2P lending looks set for a period of rapid growth. Judging by the speed at which early entrants have grown their lending, the sector could quickly establish a sizeable share of the market for smaller loans. The real test will come when the property market hits another downturn. That will reveal how robust the sector really is and which players are likely to be in it for the long-haul. 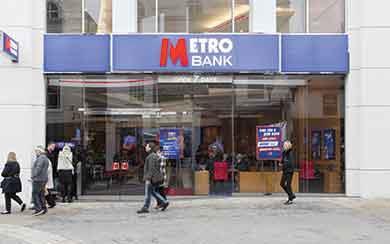 Like peer-to-peer lenders, challenger banks are aiming to fill a void left by high-street banks. The recently re-launched Hampshire Trust Bank, which specialises in providing development finance in the £3m to £5m bracket, has found no shortage of demand from small and medium-sized developers.

“The traditional lenders are just focused on larger deals, if they are doing development finance at all,” says Robert Grigg, Hampshire Trust Bank’s head of property finance. “Smaller developers are crying out for new lenders who are in it for the long-term and will lend through the cycle.”

Challenger banks believe they have an edge over other alternative lenders because of their focus on relationship banking.

“We don’t believe in credit as a commodity,” says Grigg. “It’s not a computer-controlled process. We’re able to go and sit down with borrowers and take a view based on their very specific circumstances.”

Metro, which focuses on senior debt lending for investment, also emphasises the importance of customer service. It ensures that new borrowers come in to meet the credit committee and even have a chat with the bank’s chief executive.

“At my previous bank, nobody was ever allowed to meet the customer in case it affected their decision making,” says Metro director of property Andy Veares. “It is the complete opposite with us. We can’t agree a credit without meeting the customer. Our customers like feeling that they really know the bank and can easily pick up the phone to get hold of us.”

The approach is paying off. Metro is ramping up its property lending. Last year, Metro lent about £120m and this year it expects to lend around £190m. Veares says the bank expects to continue growing the loan book by about 50% a year. “It is quite realistic to imagine that we would lend more than £300m next year,”
he adds.