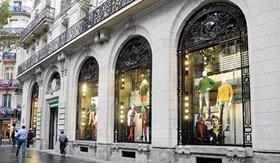 Growth at the Paris-based group was driven by strong like-for-like growth in shopping centres and offices, project deliveries in 2013, the acquisition of a stake in CentrO in May 2014, and a record-low cost of debt of 2.6%.

Last year the group bid to make its first entry into the UK market with a play for Lend Lease’s 30% stake in shopping mecca Bluewater, but was beaten to the prime asset by Land Securities. It is, however, believed to remain keen on a first acquisition in the UK.

For the 2016-2019 period, the combination of healthy like-for-like growth prospects, the streamlining of the group’s portfolio, deliveries from the development pipeline and the protected cost of borrowing, led the group to raise the outlook for the compound annual growth rate of its recurring earnings per share, from between 5% and 7% previously, to between 6% and 8% growth.