Urbanization: Are megacities the next big thing?

The pace of urbanization is picking up fast, putting pressure on cities to provide more housing and better infrastructure. Bigger, broader and denser urban areas are developing. How will European cities deal with the rise in urbanization? 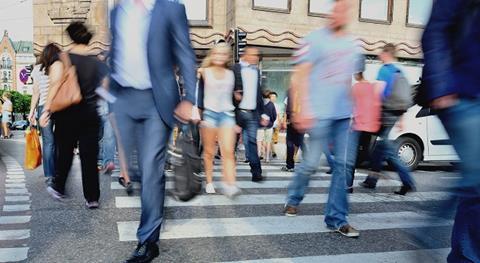 Paris and London are Europe’s two megacities but are dwarfed by Tokyo - Source: Shutterstock

That’s 66% of a population that will have increased from today’s 7.2 billion to 9.6 billion. The pace of urbanization is picking up fast, putting pressure on cities to provide more housing and better infrastructure.

In 1950, the world’s population stood at 2.5 billion. At the time, there were only two cities with a population of over ten million — so-called megacities. Today, there are 22. And the UN expects the number to increase to 41 by 2030. How many of them will be in Europe?

Not many. At the moment, Paris and London count as megacities, but only when you include the whole urban area. Compared to Greater Tokyo, the largest urban agglomeration in the world, they are still tiny little villages. Japan’s capital has over 37 million inhabitants.

While the most dramatic increases in urban population will be seen in China and India, European cities are also expected to grow, despite the slowdown in the general rate of population growth in the region. But, as far as megacities go, it’s unlikely that they will increase in huge numbers in the region.

Certain cities will act as magnets, however, thanks to their high quality of living and economic prowess. Madrid, Munich and Manchester appear regularly in the top rankings by independent research units, such as the Mercer 2016 Quality of Living Index, as do Amsterdam, Barcelona and Copenhagen. They are all expanding in exciting ways.

And despite the congestion, high prices and the continuing uncertainty around Brexit, London remains attractive, too. 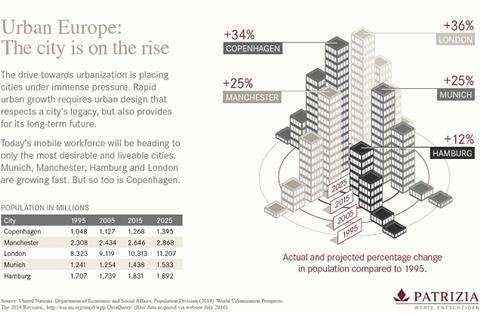 In general, economic opportunities can explain the strong attraction of these cities. Urbanization is essentially the result of the industrial revolution, which pushed people out of agriculture and rural areas and pulled them into manufacturing across urban sites.

The current digital revolution has increased the strength of this pull-factor. The shift away from manufacturing in city economies towards the service industry has changed how people live, work and commute. But even in today’s mobile knowledge economy, people still seem to prefer to live in urban areas.

Today’s European urban population generally have a higher per capita GDP than the national average.

The challenges of urban sprawl

The further a city spreads out, the more it contributes to climate change. Although high-density cities produce more than their fair share of carbon dioxide, urban sprawl increases greenhouse gas emissions.

Congestion, smog, land scarcity and sprawl can contribute to a city’s decline, which is why it’s essential for city planners, mayors and governments to keep on top of urban development. Containing the city requires infrastructure, but also an adequate housing supply.

How to tackle the urbanization challenge

Innovative urban expansion, renewal and new-builds are required to tackle the seemingly never-ending quest for housing. It will involve upgrading and improving run-down factory districts, while keeping the charm of the past and providing affordable housing, too. It’s about exploiting vacant areas and developing wasteland.

Spread is unavoidable. Such urban sprawl can be turned into whole metropolitan regions in a positive way, particularly when infrastructure links up several cities and their surrounding areas.

The Randstad region in The Hague, is one such example. Made up of the four largest Dutch cities (Amsterdam, Rotterdam, The Hague and Utrecht), it’s a megalopolis. It’s also an attractive area for investors. It’s one of Europe’s largest and economically most thriving agglomerations.

The future of the city: mega healthy and wise 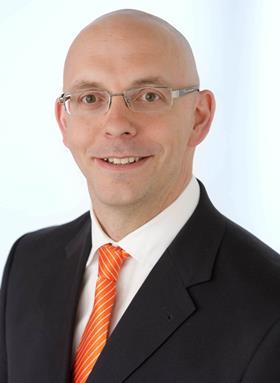 The costs for rapid urbanization can be high, and can typically involve an increase in inequality, crime, pollution, traffic and cost of living. Benefits, however, usually include more efficient markets, amenities, public transport, as well as more jobs with higher wages. The challenge for developers is to plan in a way so that the benefits do in fact outweigh the costs.

When they get it right, urban areas are popular across all generations, not just the mobile millennials. Young families who want the best schools, students who want the most progressive university education, knowledge-workers who want the buzz of the start-up atmosphere, and executives who want lucrative careers. But also senior citizens who want the best possible healthcare. They all can find what they want when urbanization delivers.

The most desirable cities have often evolved through a combination of organic growth and careful urban planning. Urban development can involve a top-down approach, through public policy and regulations. However, private investment also drives urban renewal. In fact, market forces often determine where people want to live. And that’s increasingly in cities.

City, megacity or megalopolis? The future is definitely urban.

PATRIZIA Immobilien AG  has been active as an investment manager on the real estate market in 15 European countries for more than 30 years. PATRIZIA’s range includes the acquisition, management, value increase and sale of residential and commercial real estate over own licensed investment platforms. As one of the leading real estate investment companies in Europe PATRIZIA operates as a respected business partner of large institutional investors and retail investors in all major European countries. Currently, the Company manages real estate assets worth around EUR 17 billion, primarily as a co-investor and portfolio manager for insurance companies, pension fund institutions, sovereign funds, savings and cooperative banks.