WeWork has named Sandeep Mathrani, a senior executive at Brookfield Properties, as its new chief executive. 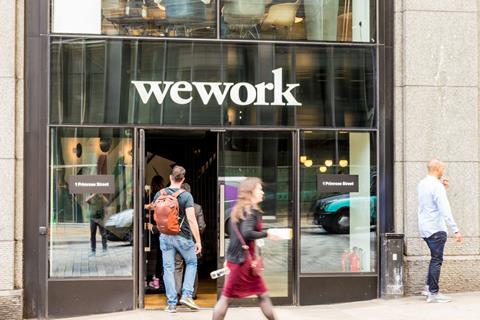 Mathrani replaces Artie Minson and Sebastian Gunningham, the co-chief executives, who took over in September from Adam Neumann, the WeWork co-founder whose expansion strategy brought the company to the brink of financial collapse last year.

Mathrani said WeWork had “redefined how people and companies approach work with an innovative platform, exceptionally talented team and significant potential if we stick to our shared values and maintain our members-first focus.”

Mathrani, who is set to start on 18 Febraury, has been chief executive of Brookfield’s retail division since August 2018.

The naming of an real estate executive is a clear sign that WeWork is moving on from the claim it is a technology company. The firm had also branched out beyond office space, establishing dormitories for working professionals and a private school in Manhattan.

WeWork was forced to cancel its much anticipated initial public offering in September after failing to convince investors of its lofty valuation. Japanence tech investment group SoftBank then agreed $6bn bailout of the company in October.

The company has since slowed its expansion, pulled back from certain markets, and begun the exit from non-core businesses.