Where are Europe’s most liveable cities? 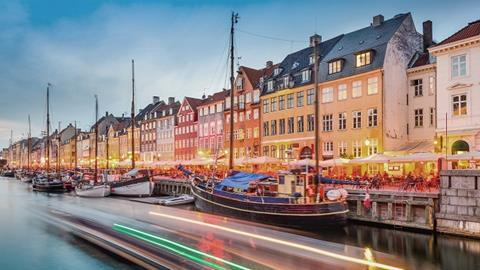 Copenhagen: the most contented capital in the world - Source: ESB Professional/Shutterstock

There’s no doubt about it, Amsterdam, Munich and Stockholm are desirable places to live. But if it’s happiness that you want, you’d best head off to Denmark, a place with one of the smallest wealth gaps in the world, an enviable “free” tax-funded health care, and a sustainable welfare system.

It’s also, according to The World Happiness Report 2016 Update, the most contented country on the planet. In a similar survey conducted by the EU, its capital, Copenhagen, also came out on top.

The EU survey has one particularly interesting figure: 95% of the population in Copenhagen trust their fellow citizens, compared to only 68% of city-dwellers in Athens. Trust leads to better relationships across all types of interactions in society, business and even sport. It also affects the way that residents interact with each other. 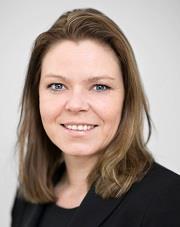 The city offers trail-blazing ideas that ensure residents can enjoy a healthy lifestyle, even as Copenhagen increasingly densifies. The capital seems to hold the secret for urban development . It has consistently ranked as a leader in the urban green economy, mainly by managing to connect the urban grid with the environment.

So much so, that, in 2014, Copenhagen was awarded the title of Green Capital of Europe by the EU. The city didn’t become a role model overnight. It has always focused on long-term goals for a more environmentally friendly way of urban planning, thanks in part to the pioneering architect Jan Gehl, who has played a defining role in shaping the city.

It is the only capital, for example, to have voluntarily set itself the goal of becoming carbon neutral by 2025. And it’s making progress.

Central to urban development: the environment

Blue, as well as green, is key to the city’s urban development. The city’s drinking water is already so clean, for instance, that there’s no need to add chlorine to purify it. But desirability is about more than just tap water.

Take the waterfront districts. On Teglholmen, a peninsula in Copenhagen’s South Harbour district, residents can choose from a range of first-rate accommodation. PATRIZIA Immobilien AG  has acquired one such project consisting of 127 residences, and will be incorporating it into a property fund for private investors for the end of 2016. It includes flats with views over the water from three sides and exclusive townhouses with terraces directly on the water. There aren’t many places in the world where that’s still possible.

Another attractive area, for local residents and tourists, is the Amager Beach Park, a public seaside area on the Amager island, just a few metro stops from the centre — or a 15-minute bike ride along one of the city’s many cycle paths,

The Amager Beach Park is a very successful public development project, which offers excellent public transport links into the city centre. We believe this will ensure that there is a strong demand for residential property in the area, facilitating a positive outlook for capital growth.

It’s one of the reasons why the company has invested in a brand-new residential project on the island.

Copenhagen has experienced a low level of construction, but strong demand for residential space has now increased construction efforts, which is supported by an improving economy and historically low mortgage rates. Residential demand still surpasses construction projects, however, so prices are expected to remain stable.

Furthermore, the population of Copenhagen is expected to increase by around 24% by 2030. Given the city’s desirability, it’s surprising it’s not even higher.

PATRIZIA Immobilien AG has been active as an investment manager on the real estate market in 15 European countries for more than 30 years. PATRIZIA’s range includes the acquisition, management, value increase and sale of residential and commercial real estate over own licensed investment platforms. As one of the leading real estate investment companies in Europe PATRIZIA operates as a respected business partner of large institutional investors and retail investors in all major European countries. Currently, the company manages real estate assets worth around EUR 17 billion, primarily as a co-investor and portfolio manager for insurance companies, pension fund institutions, sovereign funds, savings and cooperative banks.