Property charity LandAid has celebrated its 30th anniversary by launching a new capital appeal to create a 146-bedroom building near Old Street as a safe place for London’s homeless to live. 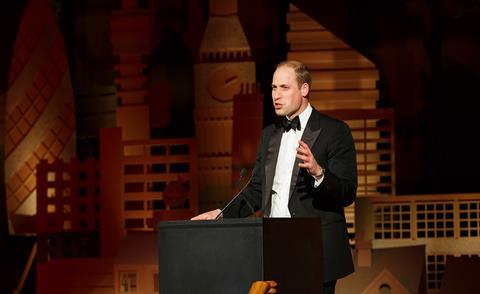 HRH The Duke of Cambridge speaks to the LandAid gala dinner - Source: BenPhillipsPhotography

The Errol Street hostel, owned and run by City YMCA London, is due to open in autumn 2018, and will provide space for 146 people as well as advice on housing, education, training and well-being.

To kick off the first round of fundraising for its conversion the charity held a gala last week at London’s Guildhall attended by HRH The Duke of Cambridge and 500 of the industry’s senior figures.

Prince William, a long-time advocate of tackling youth homelessness, also attended a pre-event small reception to meet some of the young people helped by the charity over the past 30 years before he took to the stage to encourage attendees to give generously. 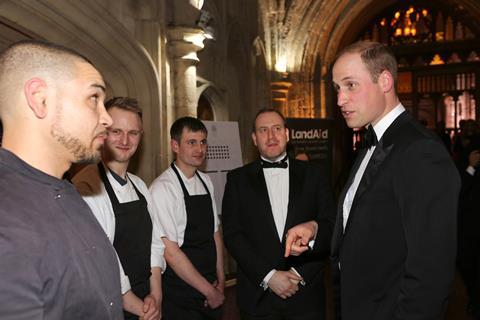 The Duke of Cambridge meeting young apprentices supported by LandAid

He said: “It is often said that the health of an economy can be measured by the numbers of cranes that appear in the skyline of a city. Well, I want to propose to you tonight that the health of the nation can also be measured by the way in which your sense of social responsibility as an industry is brought to bear on the subject of youth homelessness.

“Despite the extraordinary achievements we enjoy as a modern, technological, wealthy society, we are still failing so many of our young people in the most basic of ways - a roof over their heads.

“To harness your charitable support, as LandAid does, to help tackle the tragedy of youth homelessness is inspiring. I wish more industries had the zeal and focus that you do.

Half of the £250,000 raised on the night has gone directly toward the charity’s target of £1.5m for the new initiative that will provide much-needed accommodation for London’s young people. 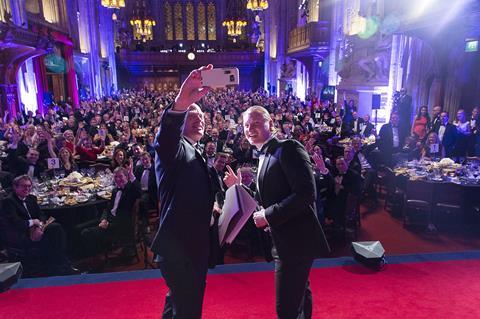 Dean, a former resident of City YMCA and Paul Morrish, CEO of LandAid

Alongside Prince William’s speech, the event also heard from former City YMCA London resident Dean who spoke about his personal experience of the “pain and damage homelessness can do to a person” while highlighting the importance of LandAid’s investment in the site.

The remaining funds raised will be used to tackle the issue of empty homes in the UK by converting derelict street properties into decent housing for vulnerable young people.