I was lucky enough to receive the president’s special award at the British Council for Offices dinner earlier this month, which of course got me thinking about the world of property since I started writing about it 45 years ago, as a trainee reporter on Estates Times (which eventually morphed into Property Week). 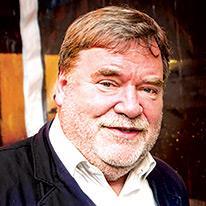 Some of the stories we were covering in 1972 could, with a slight twist, have been written this week. Nine Elms had become interesting because of the move of Covent Garden Market south of the river; today it is the move of the US embassy that is making headlines (and will probably provide the occasion for a president Trump visit now that completion is nearing).

The future of the area around Piccadilly Circus was under review, with three big property beasts battling it out; today things have partly been resolved by The Crown Estate renaming Lower Regent Street ‘Regent Street St James’s’. We can only hope that Haymarket doesn’t get similarly homogenised.

Housing was a big issue at the time. Developers were seen as the chief cause of the shortage on account of their interest in office development. Harry Hyams was the man the intelligentsia loved to hate, because his development Centre Point remained empty for years, thus becoming an example of property as a trading commodity rather than a provider of social use. It was squatted for a weekend; I wonder if those involved thought the tower (courtesy of Mike Hussey) would be converted into apartments…

Housing was a big issue in 1972. Developers were seen as the chief cause of the shortage

Compared with today, the 1970s housing ‘shortage’ was a near miracle of supply and demand balance, although then - as now - if you were homeless that was of little comfort. Housing campaign group Shelter was in its first flush, and one can only wonder at how an organisation that has proved so unsuccessful manages to survive.

As is sometimes the case in British public life, nothing succeeds like failure: the proposition is that without Shelter, things could have been even worse. Discuss.

Now the past seems more like another planet than another country. It is hard now to understand what prompted the madness of ‘office development permits’ and ‘industrial development certificates’, which were the property world’s equivalent of post-war butter ration coupons.

This proposition lasted about five minutes, but it was a good example of how governments of all persuasions generally misunderstood the property market, thinking that the way to deal with it was by ever-increasing control, red tape and financial penalty.

In respect of the office market, this also meant bizarre initiatives such as the publicly funded Location of Offices Bureau, whose role was to try to persuade employers to move their offices out of London because it was so horrible. (Younger readers please note: I am not making this up!) 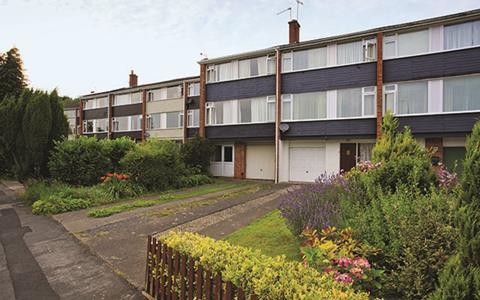 Eventually, the political establishment realised that the office market was providing the factories of today and decided to leave it alone.

The consequence has been a broad balance of supply and demand across many decades; a vacancy rate generally somewhere between 7% and 12%; and in anything other than the very short term, a situation in which tenants have some choice while suppliers need to think about the quality of what they are providing. This has improved both product and choice, as the BCO Awards amply demonstrate.

At the BCO dinner, I briefly suggested that those responsible for the housing market might learn something from their commercial peers, but I should have added that it is mostly the political class that needs to review the past 50 years if it wants to understand why housing supply has fallen far too short. Offices and shopping have not, even if for a long period the quality of design left much to be desired. The quantum was OK.

This is why the prime minister’s speech at the Conservative Party annual conference was interesting: since when did any PM pledge £2bn to a housing strategy based on proactive policies of a sort not seen in either Tory or Labour policies since the 1960s? Who cares if she had a cough?

The question now, for her as it is for London mayor Sadiq Khan, is whether financial commitment and stirring speeches can translate into actual delivery of homes on the ground. I wish I could say I was holding my breath.