All well and good in the industrial and logistics sector

Goya’s co-founder on discovering the virtues of necessity and his obsession with windsurfing. 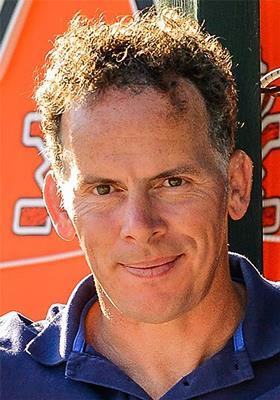 What’s the best work decision you have ever made?

Setting up specialist industrial and warehouse developer Goya mid-recession in 2009 with Jago Brown. We had to put up or shut up. Having few alternatives helps focus the mind to work harder than anyone to make things happen – a lesson that has hopefully stayed with us.

The people in industrial/warehousing. Everyone has a story, some more than one and lots forged in a bar somewhere. Almost without exception, from Fuller Peiser initially, to JLL Industrial, IO Group, then Kilmartin, the people I have worked with have been great fun – there are some big characters. It’s a lot easier to work hard when you’re having fun. We are loyal to the agents who help us. They are our lifeblood and some are good pals.

The planning system is underfunded and not ideal. Hopefully the government will now stop allowing industrial sites to be redeveloped for residential.

What is the best piece of advice you have ever been given?

With development, seek out the risks and get comfortable with the possible downside. Don’t bury your head in the sand and hope everything will be OK.

What could have the most impact on the industry in the next 10 years?

Multistorey urban warehouses will mix in with other uses to deal with ever-expanding internet delivery requirements, combined with the zero tolerance for pollution that is emerging. Battery power, and how that links in with solar, renewables and transport, will also be a game-changer for the way the industry operates. Having said all that, we are fortunate that we are specialists in the coolest and most robust sector – warehousing will remain the most resilient for the foreseeable future.

To be a professional windsurfer part funded by playing backgammon – before the lack of talent in both emerged.

What is your greatest achievement?

My family. Couldn’t have done much without them.

A lightweight Land Rover with a petrol tank under the driver’s seat. With six people in the back, down a steep hill, it was flat out at 55mph, which was dad’s main priority.

What’s the best concert you’ve ever been to?

The Cult’s Electric tour at Sheffield University or Happy Mondays at the Brixton Academy.

What is your favourite way to relax?

Windsurfing or surfing with family and pals.

What’s the best book you have ever read?

Bounce by Matthew Syed, which talks about the 10,000 hours’ practice needed to stand a chance of becoming world class at something. It came out about the same time we were setting Goya up. It was helpful at the time to have a naïve optimism that effort would equal rewards. Good luck also goes a long way and we have been fortunate in that respect.

What is the best restaurant you’ve been to in the UK or Ireland?

Spillane’s in Dingle Peninsula, west coast of Ireland. It’s no Michelin restaurant but there’s fine food and it’s been the scene of much carnage for windsurfers.

What sports team do you support and why?

Apart from the mighty Barnes Rugby Club, which I love, having played there for 10 years, it would have to be Leicester Tigers. We live in Rutland. Our sons are at Oakham School so they have had close ties to Tigers from a young age.

What is the best sports event you’ve ever been to?

Transatlantic Challenge motorcycle racing at Donington. Dad took me at 12 years old to show me some car racing to get rid of my fixation with motorbikes. He got the weekend wrong and we walked into Donington with five bikes abreast racing at the first corner – far better to watch than cars.

Do you have any weird or exciting hobbies?

A few of us go windsurfing wherever it’s windy in Europe for a few days every autumn. We spend all year praying for wind, then seeking it, then wishing that we had found something a little less stormy. But the stories get bigger in the bar. And somehow I’ve found myself car racing (badly) a V8 MGB in the BCV8 championship over the past couple of years – competitive but very friendly racing. Both inflict savage kickings to the ego.

All well and good in the industrial and logistics sector