Future is bright for sheds but challenges lie in wait

It has been a broadly positive picture for the industrial and logistics market in 2016.

Driven by the rise and rise of digital, retailers have an insatiable appetite for the space they need to meet the tight delivery timeframes demanded by online shoppers and increasingly need to streamline their evolving logistics networks.

Couple this growing occupier demand with increasing interest from overseas investors, both before and after the Brexit vote, and it is clear that, at least for now, the impact of the referendum result has been limited. 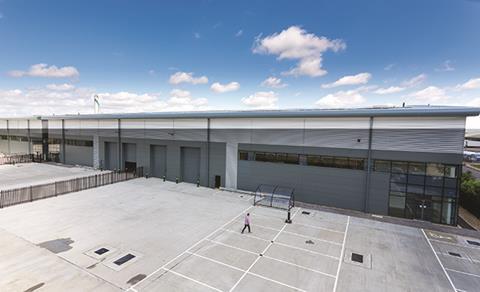 Amazon taking 107,800 sq ft at Graviton Park in Belvedere is indicative of the market’s health

By all accounts, the future is bright but there are constraints that threaten to derail the sector’s good fortunes, not least competition with residential for land.

Of course, the housing crisis must be local authorities’ priority, but they also need to accommodate businesses that will provide jobs and a boost to the local economy. In many cases, councils would like to safeguard space for both, but their hands are tied in residential’s favour.

Add this to developers’ prudent approach to speculative development - rental growth has been robust but in some regions muted values mean new schemes don’t stack up - and occupiers are increasingly frustrated with the lack of space. New trends are coming to the fore in response to this, with many firms seeking sheds closer to large employment pools than traditionally key - and saturated - locations such as the ‘Golden Triangle’.

So times they are a-changing. And as we move towards a new year, the sector’s professionals are both revelling in the mini-boom and primed to tackle the challenges that lie ahead.