Get on your bike: why property and pedal power are inextricably linked

By joining CBRE’s World’s Biggest Property Bike Ride for Shelter this week, I will be part of the industry’s latest - and largest - excursion on two wheels. 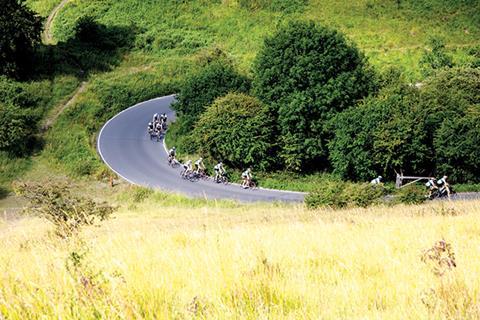 With 200 real estate professionals having already taken part in the cycle to MIPIM this March (and many reporting the route to Cannes being fertile ground for dealmaking), our industry’s love for lycra and passion for pedalling seem to know no bounds.

But cycling for sport, commuting, charity or networking is not the only way that bicycles are affecting the sector. The most recent census showed that the number of people cycling to work had more than doubled in 10 years and developers are finding that catering to cyclists is increasingly important for attracting occupiers.

In London particularly, cycling facilities have graduated from a ‘nice to have’ to an essential component of occupiers’ wish lists and we are now seeing a race amongst developers as they try to outdo each other by providing better and better amenities for cyclists.

At The Avenue, our office and retail building which recently launched on Tottenham Court Road, occupiers including Skyscanner will have the free use of branded Bromptons, changing rooms more akin to a high-end gym than an office building, a tool station for maintenance and repairs, as well as individual drying lockers of the type you might find in a luxury ski resort - all in addition to the now customary basement bike storage.

In the regions, too, amenities for cyclists are growing in popularity: the number of cycle commuters in Manchester increased by 83% between 2004 and 2014; and AshbyCapital’s recent enhancement programme at The Colmore Building in Birmingham included the addition of facilities for cyclists such as bicycle parking, luxury changing rooms and a drying room for wet clothes.

With office workers being more focused than ever on wellbeing and healthy living, public transport increasingly congested and expensive, and the average speed of vehicles in central London at the end of 2015 at just 8.3mph according to data from traffic analysis company Inrix, it is unsurprising that cycling has become so prevalent.

The popular comparison that cars run on money and make you fat, whereas bikes run on fat and save you money, highlights cycling’s no-brainer appeal. As developers introduce facilities and services that make cycling logistically more practical - The Avenue offers towel and dry cleaning services for example - we are seeing occupiers who originally thought they would not use bike-related amenities finding the number of cyclists amongst their workforce growing. 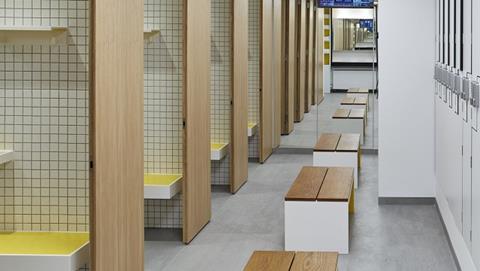 At a time when London in particular is struggling with dangerous pollution levels, the fact that bikes are carbon neutral is also attractive. Experts have shown that the health benefits of cycling outweigh the dangers posed by pollution, and initiatives including bike sharing schemes such as Santander Cycles and Brompton lockers, an increasing number of dedicated cycle routes through our cities, and the cycle to work scheme that offers a free loan and tax breaks to those buying a new bicycle, highlight that policymakers are also keen to encourage people to get on their bikes.

With the commuter’s love affair with the bicycle intensifying, developers need to stay cycle-conscious, upgrading buildings that are not up to scratch and designing in access, storage, facilities and services that make cycling commutes seamless in new buildings.