At RESI 2017, the new housing and planning minister Alok Sharma gave his first major public speech since he replaced Gavin Barwell in June and took the opportunity to address the key priorities set out for him by industry leaders in Property Week last month.

He also talked about the Grenfell Tower tragedy, underlined the need to go further than the white paper to improve housing quality… and mentioned Marxists.

Here is an abridged version of his speech: 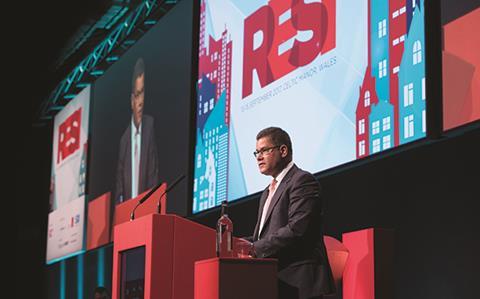 Thank you for inviting me today. It is an absolute pleasure to be here at Celtic Manor.

You will know better than I that over the past five years there have been five planning ministers. A bit like Doctor Who, I am the latest incarnation. However, I very much hope to be in place for a decent length of time to see through many of the reforms that are laid out in the housing white paper.

It is fair to say that it has not been the easiest of starts. The day after I was appointed, we had the terrible tragedy at Grenfell Tower. Those terrible events have led many of us connected with housing to think very deeply about the issues that we need to address.

We have carried out extensive tests, issued building owners with guidance on fire safety and announced an independent review of building regulations and fire safety led by Dame Judith Hackitt, and a full independent public inquiry into the tragedy is taking place.

#landlords need to make sure that their tenants are kept safe. Alok Sharma referred to Grenfell disaster #PRS #RESIConf pic.twitter.com/PsWKR9vKXR

I will also be meeting with and hearing from social housing tenants in the Grenfell area and up and down the country over the coming years to build up a full picture of some of the immediate issues facing tenants and to identify any common concerns that must inform a national approach.

I have already spoken with national tenant organisations to listen to their views and understand some of the main issues that may be raised. I will be announcing further details about where I will be going, and when, very shortly.

Ahead of this conference, the well-known publication Property Week, which is going to become part of my essential weekend reading, threw down a gauntlet listing what the industry wanted from me.

They wanted me to do five things. First, turn the housing white paper into action - I absolutely agree. That is precisely what my department is engaged in doing.

Second, I was asked to breathe down the necks of local authorities. I agree local authorities need to get their local plans in order. The secretary of state will be making a statement to parliament later this morning, setting out our plans to consult on an open and honest approach to assessing local housing need.

Thirdly, address the future of Help to Buy. Again, I agree. The industry needs certainty.

Fourth, I’ve been asked to bang the drum for the construction industry during Brexit talks. Yes, I very much understand the importance of access to the labour that you need.

And finally, I was told to be bold on the green belt. As you know, the housing white paper is clear that green-belt land can be released, but only in exceptional circumstances.

That could be the end of the speech, but I guess you probably want a bit more detail. So let’s start with turning the white paper into action. Our manifesto made our commitment to delivering this clear. We consulted on some of the proposals in the white paper in May this year. As I said earlier, the secretary of state will today set out plans to consult on proposals to agree on a clear, open and transparent approach to assessing local housing need.

This consultation will need to be read alongside our other white paper proposals, so we will publish our combined consultation response early next year, alongside the draft new National Planning Policy Framework [NPPF]. I believe that the housing white paper sets out lots of carrots for the development players. We have been vigorous in our promotion of our £3bn Home Building Fund and it has proved extremely popular.

So turning to the private rented sector, I believe the housing white paper has something for you connected with that sector as well.

You told us that planning is the biggest obstacle to moving forward. We’ve consulted on options to change planning policy on build-to-rent and we published those results last month. People were positive about making the changes. Our next step will be to spell out the necessary changes in the revised NPPF.

We hear that the market is ready to support far more build-to-rent. This is fantastic news, and we will support you in making this happen.

We are listening to your concerns and tackling the problems. For example, I know some of you have concerns that rent controls may destroy future markets. Let me be absolutely clear: under this government rent controls are not going to happen. That’s an agenda of the Marxists.

Turning to local authorities, they have a crucial role to play in housing delivery and we’ve set out the tools they need to deliver. 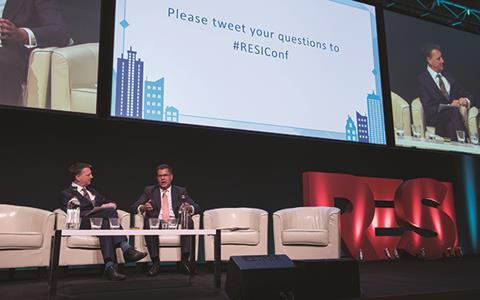 We launched a £2.3bn Housing Infrastructure Fund in July this year, designed to support the infrastructure underpinning delivery of new homes. So far, I can tell you that more than 150 local authorities have applied.

Local authorities say they need more resources. The white paper outlined a 20% planning application fee increase for local authorities that commit to invest the additional fee income in their planning department. All planning authorities have accepted, and we are bringing forward the necessary regulations in the autumn to apply the increase.

Let me be clear: under this government rent controls are not going to happen. That’s an agenda of the Marxists

We are also minded to allow an increase of a further 20% for those authorities that are delivering the homes their communities need and we are going to be consulting further on the detail of this as part of the local needs consultation.

I expect authorities to step up to the challenge of delivering more homes in their areas. There are currently 34 local authorities without a plan. And only a third have adopted a plan since the NPPF came out in 2012. Frankly, this just isn’t good enough.

As we said in the housing white paper, the government has committed £8.6bn for the scheme to 2021, ensuring it continues to support homebuyers and stimulate housing supply. We also recognise the need to create certainty for prospective homeowners and developers beyond 2021 and so we are committed to working with the sector to consider the future of the scheme.

And so on to Brexit. In my discussions with fellow ministers, I am making the construction industry’s case. One of our key interests is in respect of skills, training and modern methods of construction. Once again, the white paper sets out plans to change the way the government supports training in the construction industry. I’m very pleased the sector has committed to bringing forward 45,000 new skilled workers by 2019-20.

Something that has struck me in recent weeks is that yours is an incredibly fragmented sector. There are very many layers of subcontractors. And I do wonder whether developers in the sector need to think harder about employing people directly.

One of the other things that will help to speed up building is modern methods of construction. I am encouraged that many sectors of the market are starting to embrace new technology.

I mentioned earlier that I want to go further than the white paper. We don’t just expect more and faster build-out; we also expect quality.

Over the past couple of months, one fact in particular has really stood out to me: the latest housing survey carried out by the Home Builders Federation [HBF] found 84% of new homebuyers would recommend their builder to a friend. This figure has fallen steadily from 90% four years ago.

This means 16% of new homebuyers would not recommend their builder to a friend. In any other market, this would spell the end of the most poorly performing companies. We have seen this dynamic play out for some companies in the sector. But overall the sector has not really been impacted.

I want to see the quality of new homes and the level of customer satisfaction improve across the industry. Homebuilders need to step up and make this a priority.

There are mechanisms in place for redress - such as the Consumer Code for Home Builders - but these can be complex and don’t always provide full coverage.

And those of you who follow what’s happening in parliament will know there is a growing number of calls for the government to introduce a new-homes ombudsman. The HBF has commissioned an independent report to look at consumer protection in the new-homes market. I will review all the recommendations and suggestions that are coming forward through this report and from others with an interest in this area.

The government also wants to see all tenants receiving a good, fair and affordable service from landlords and letting agents.

So we will publish a bill to ban letting fees paid by tenants in England. A ban will help to deliver a more competitive, more affordable and more transparent lettings market across the rest of the sector.

We are also committed to improving standards. In April, we brought in tougher measures targeting rogue landlords, including civil penalties of up to £30,000 and an extension of rent repayment orders. We will go further over this parliament and we intend to introduce a database of rogue landlords and property agents convicted of certain offences. There will also be banning orders for serious and prolific offenders.

So in conclusion, my remarks today have, I hope, provided you with an insight into what we are doing and our direction of travel.

The government set out in February our strategy for fixing the broken housing market. This has not changed. However, the tragic fire at Grenfell Tower has shown us that there is much more to be done in the short term. The backdrop against which we carry out our work has fundamentally changed. We are taking the steps to ensure something like this can never happen again. We want a housing market that works for everyone.

As the housing and planning minister, let me give you a categorical reassurance that I will not rest until we have not only turned the white paper into action, but gone further, improving fairness, safety, standards and redress for all homeowners and tenants - and of course building more high-quality homes.