Building a future for UK renters

The burgeoning demand for rental property - particularly in London - means developers of build-to-rent schemes have a captive market, but everything else from valuation to finance and planning seems to be stacked against the sector significantly expanding.

What do the pioneers of this form of development have to tell us about the state of the UK housing market and housing policy, and how are they overcoming the odds to deliver profitable schemes?

In the fifth of a series of think tanks, Yardi brought together a panel of residential experts to discuss the issue

CB: There has been a lot of noise about ‘build to rent’ as a policy, but correspondingly little development in the private rented sector (PRS). Why is it so challenging financially? 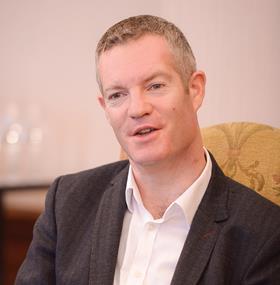 RP: It is uneconomic for PRS developers to compete with housebuilders. By our estimates, they can pay 30% more for a site. Then there is the time it takes persuading the planners. When you actually do the math, taking planning, construction, leasing risk and time into account, returns can actually be pretty poor. Most new PRS schemes are either government-procured PRS, where land is marketed on the basis that it will be PRS instead of homes for sale, or part of large-scale regeneration projects. If you remove those specific circumstances, you have no real meaningful, scalable policy framework to have a PRS industry in the UK. I think it gets disproportionate headlines relative to its size.

DM: We still do not have clarity for PRS in the planning process. The London mayor’s supplementary planning document is starting to go in our direction, but it is still only guidance. Local authorities can do what they choose. Compare this with permitted development rights [where developers can convert office buildings into residential without planning permission] and the policy is crystal clear.

RP: Precisely - and that means that while Tony Pidgely [chairman of private housebuilder Berkeley Homes] will know exactly what he can get permission for on that site, we cannot take the chance.

CB: Clearly, building flats to rent out is a much more challenging proposition financially than building them for sale. How do your individual business models make it work?

DM: Over the past two years, Westrock’s strategy has been to buy existing office buildings and convert them to residential for rent. We have 700 units under construction, and to date our projects have been in cities and towns outside London. The buildings are designed with residents, and the operation of the building, in mind. We are looking at new build sites across the country as well. 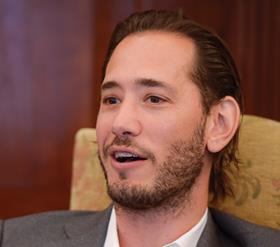 RP: From 2010 to 2012, Realstar Living was able to grow in the UK by acquiring blocks of flats designed for private sale at sufficient discounts
to justify an economic rental yield. However, as values have recovered, we can only get the economics to work by either new build, where the math is still too tight, or targeting other uses such as hostel use, which councils do not seem to like very much.

NY: Get Living London’s biggest project is the East Village [the former 2012 Athletes’ Village] where we have 1,500 homes and detailed planning in
for 2,000 more. We also have a joint venture in Elephant and Castle that over the next period will add significantly to our rental portfolio. We have very much tried to change the apartment letting market to a longer-term and more family-friendly model - our default tenancy is three years, we do not use letting agents and we do not charge fees.

JS: The Collective has hit on the concept of co-living - single occupation units with added services and shared facilities. The price of our product is significantly below the cost of renting a one-bedroom flat in London. The rise of the sharing economy means millennials totally get the concept of renting a private dining room if they want to throw a dinner party. If you rented a one-bed flat with a dining room, you are paying a lot of money for a space you might only use once a month.

CB: Would a separate planning use class help?

RP: Some UK institutional investors are happy not to have a PRS use class as they can take a low yield, and have rising capital values as the ultimate investment base case [through eventual] vacant possession and sale. However, we would be quite happy to have assets that are valued on the basis of cash flow. We have a building in Stockwell with 225 apartments. The reason it works so well is because the planning classification is sui generis - hostel use. From a planning point of view, those units are unsellable as apartments at any point in their life. But if I wanted to build a new one today, that would be hard to do.

DM: The current Conservative government is obsessed with home ownership - it reverberates across the whole nation. Everybody wants to own their own house at some point, but home ownership should not be the be-all and end-all. Students are now finishing university with upwards of £40,000 of debt - how are they going to be able to buy?

RP: Government policy will help those in dire straits, and [through Help to Buy] those who want to own a property. What is missing is everything in the middle - especially in London. People working in retail and admin are spending 90 minutes travelling in and out of work each way, each day. That is an unaffordable and unsustainable phenomenon.

DM: There is a gap - but from a politician’s perspective, how well do these young people vote?

RP: The idea of promoting rental housing has zero aspiration as a policy. Yet housing is a category that is as fundamental to this country as other forms of infrastructure.

CB: How could PRS play a role in this journey? 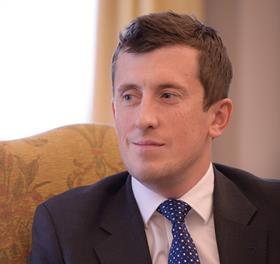 RP: PRS should be considered as affordable housing. You could easily tell PRS developers to means test a third of the units so they are rented to people who earn less than £50,000 a year. But we also have a cross-section of people renting an apartment costing £1,000 a month from us who earn more than £120,000 a year. They think, “In three years’ time, I’ll have my deposit to buy a house.” It is not Help to Buy - it is help yourself.

JS: PRS might not directly contribute to local authorities’ housing targets, but once you take young professionals out of shared three-bed houses, you are releasing a family home onto the letting market. The regeneration guys in London councils love it - they can see while we are not delivering family housing, we are relieving pressure on properties suitable for family housing. Then you go to the planning guys, and they often say: “We don’t know how we’ll make this work.”

RP: It is not just for young people - we have divorced people and retired people as tenants.

NY: When councils gain more understanding of the sector they will come to realise that PRS is a form of affordable housing. The PRS taskforce [and its successor] has been talking to councils about how they can be more open minded about the sector. Some elements are there, but it needs a progressive council to sit down with a developer.

DM: It might help if we avoided the term ‘PRS’.

RP: Multifamily housing is a better description. PRS sounds like a disease, not somewhere I want to live.

DM: The problem is, the word ‘private’ gets distorted in people’s minds - I have been at the coal face with local authorities, and there is a perception that private means ‘unaffordable’. Presenting historically to a room of council planners on the build-to-rent/multifamily housing concept, they initially claimed a great interest in the rental market, but offered no questions or feedback at the end. I think they thought it would be buy-to-let (BTL).

CB: And what are the dangers if the mayor and the government do not get behind PRS? 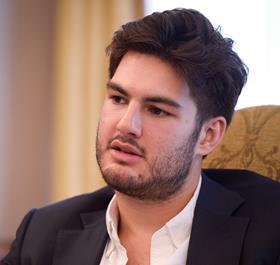 RP: At this point in time, you have got London workers commuting 90 minutes each way; in five years’ time, that could become two hours. At what point do workers and employers say, “Well, Manchester’s just there,” and relocate? KPMG is already warning of a “reverse brain drain” as working in London becomes less economically viable with a poorer quality of life.

CB: What will it take for residential rental to become a ‘service business’ in the UK?

RP: Service levels are poor in the UK because BTL landlords do not make any money on that part. All they care about is house price inflation. If tenants come and go, who cares? Their asset has still gone up 30% in value.

NY: We have launched a premium collection of apartments at Get Living London with higher-quality furnishings and fit-out. We have got a
very good return on those - we recognise we are in a world where we need to deal with our residents in a different way.

DM: For one, I would love to put a contents page into all assured shorthold tenancy documentation. At present, tenants have to wade through these documents page by page to establish exactly what is covered.

NY: We need to broaden the brands in residential. There are well-known brands within the sector, but they are predominantly estate agents and letting agents [rather than PRS developers].