2016 set to another buoyant year for industrial market

It is safe to say that industrial/logistics agents can look back at 2015 with much fondness. 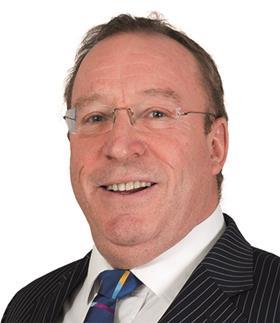 The market remained consistently good throughout the year, and there was an abundance of optimism despite the continued lack of supply across the UK. Undoubtedly the word on everyone’s lips was “e-commerce”, as the power of the online retail sector continued to dominate, throwing up a number of new challenges in the race for logistics space.

However, the long Christmas period is now over and returning to the office at the beginning of January provided a slightly bumpier start than anticipated. Uncertain economic news from China has resulted in stock market fluctuations that, at the time of writing, are creating an air of caution.

Thankfully, it is not all doom and gloom and, while an undersupply of existing stock remains, the indications are that demand will continue to be buoyant, very much underpinned by the continued growth in online retailing.

Certainly, the occupier requirements, which remained unfulfilled late last year, are still there. Furthermore, the new year has seen some merger activity, most notably the proposed acquisition of The Home Retail Group by Sainsbury’s, which will have logistics implications.

As a result, many of the major developers are continuing to pursue strategic sites throughout the UK, which, subject to planning, could provide substantial levels of stock down the line. This, alongside the other sizeable spec builds that have already commenced, should help remedy the acute lack of supply and development that we highlighted last year.

The imbalance between demand and supply has explained the quantifiable rental growth that we saw across the UK where, in certain locations, headline rents exceeded pre-recession peaks. This is not unique to grade-A space, but also includes growth in good-quality secondhand warehouses in premium locations.

While most of the property gossip surrounds the largest developer/occupier transactions, there has been a surge in demand for smaller buildings within the 25,000-75,000 sq ft range, particularly in urban areas, to facilitate speedy and efficient home delivery. This appears to be a very strong growth market being actively explored by many enterprising developers seeking to deliver urban logistics. However, they are inevitably competing head-on with residential developers also after brownfield opportunities, which is resulting in a ‘David and Goliath’ situation due to the disparity in respect of land value.

It is clear that e-tail will continue to grow, and that the ‘reverse logistics’ phenomenon of goods returned - which need to be checked, cleaned, packaged and processed, often within a separate building - will further add to the demand cycle.

All indications are that 2016 promises to be buoyant for the industrial/logistics market and, hopefully, the active advisers in this sector can look forward to sharing a few celebratory events in the usual format, which makes this such a pleasurable and rewarding industry.