Why multi-let industrial isn't part of the development boom

Visitors to most UK towns these days are greeted by the sight of cranes, hoardings and roadworks. 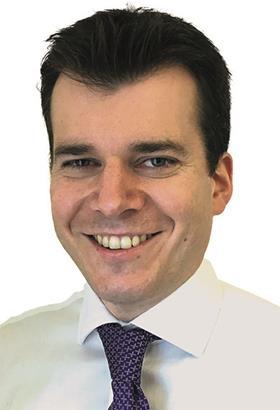 We are, whichever way you look at it, in the midst of a development boom.

Housing is at the top of the government’s agenda, but elsewhere the property industry is busy building shopping centres, care homes, student accommodation and distribution warehouses - wherever a favourable planning authority will allow. In some instances, where the likelihood of securing a letting is at its greatest, we have even seen speculative development.

The developers are back - that is, unless you are in multi-let industrial. With few exceptions, there are no large-scale, multi-let industrial developments taking place in the UK, and this despite supply-and-demand conditions to match all but the most vibrant of markets.

C2 estimates (based upon lease length and renewal rates) that zero supply in the multi-let industrial market is equivalent to a 3% vacancy rate, which could otherwise be described as ‘churn’.

We see this in our own portfolio, but also in the wider market, where sub-5% vacancy rates are becoming commonplace in most regional markets.

Demand, though, is rampant. The government estimates there are 35% more private sector businesses in the UK since 2000 - 5.4 million in total - accounting for 60% of all private sector employment. They need space, and versatile industrial accommodation is at the top of their list.

So what is the developers’ problem? While there are plenty of small sheds around, they are in ever-decreasing quantities. Old stock in strong locations is generally being redeveloped for higher-value uses. Those sites where industrial is the best or only option usually go to single-let distribution - a sector with similar rents, but lower yields and a fraction of the build costs. This consigns multi-let industrial to infill land or sites with little economic use - neither of which are going to adequately replace the stock we are losing, let alone supply the stock we need.

It is a problem to which there are only two solutions: build for less or rent for more. In a world of ever-increasing regulation and environmental awareness, the former is increasingly unlikely without profound design economies, but how to improve upon the humble box?

Far more likely then is a structural change in rents. Long-term industrial rental growth is -1% a year in real terms, meaning rents simply haven’t moved with the times. It makes no sense for a new, small industrial unit to let for £7/sq ft, when an equivalent office in the same location will let for double that.

Of course, an office costs more to build, but from an occupational perspective the industrial unit is far superior and more flexible to the majority of occupiers. Typically, as a result, industrial tenants spend proportionately less on rent (2% on average), resulting in their space being less cost sensitive than that of the other sectors.

Rental growth of 15% wasn’t uncommon last year in the multi-let space, but even so, there is still some way to go before rents reach a level that will deliver sustainable new supply to the market.