I fear we will see little activity in Q1 until parliament sorts out Brexit. I also worry that egotistical, power-crazy individuals are determined to drive home their point with the PM, forcing a no-deal Brexit. 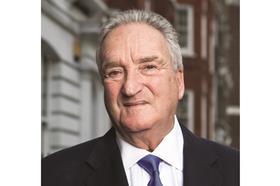 But my head thinks even these extreme views will be tempered by the risk to these individuals of longer-term reputational damage and the potential loss of their seat, which should see common sense prevail.

A vast weight of overseas money is still looking for a home here. But the stark warning from the governor of the Bank of England about the effects of a no-deal Brexit is likely to make investors think twice and we expect to see a 0.25-percentage-point shift in yields, recovering in the second half of 2019.

The UK office lettings market will be affected in Q1, but again, we expect a pick-up in Q2 and Q3. Also, there should be an increased uptake in sheds and distribution units in preparation for a no deal.

From Q2 onwards, we should have certainty, even if it is in a direction no one really wanted. This should see activity levels recover and strategic deals done. Investment in particular will recover if sterling drops further and yields improve.

Overseas investors, especially from the Indian subcontinent and Far East, see London as representing value. We remain confident that the City will retain its position as the world’s number-one financial centre.

Retail, meanwhile, will continue to face the perfect storm of online retailing, high occupation costs and political and economic uncertainty.

We expect interest rates to remain where they are unless the devaluation of sterling is so bad that the resulting inflationary pressures force the Bank of England to act.

Resolution: I hope the goodwill of the festive period lasts well into the new year!