2019 forecasts: what lies ahead

The UK has a strong economy and we should start acting like we do. We are a country of 65 million people that is underselling itself, even though investors from across the globe are keen to pour money into property here. 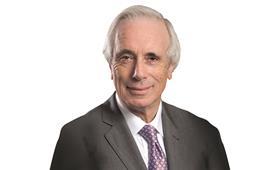 Far Eastern investors in particular just see Brexit as a blip, and I would like to see politicians have the courage of our national convictions.

My other hope is that the government does something about poor rail links between Liverpool and Hull – they haven’t improved for decades and it is ridiculous that a city the size of Bradford has such a poor service.

I expect we will sort Brexit out sooner rather than later and will see a bounce in the second half of the year. I don’t think there will be a second referendum – if there is, it is an insult to democracy – and my gut instinct tells me that the EU wants to do a deal.

If we do get that deal, and it is followed by a period of stability, the leasing market in particular will pick up again. That said, leasing and investment sentiment outside London, where Palace Capital specialises, continues to be good – it’s like being in a different country.

Resolution: To continue to make strong progress towards Palace becoming a £500m regionally focused property company, through organic growth and corporate acquisitions such as the Warren Portfolio we bought in September 2017 for £68m. There is so much potential in the English regions that we can tap into. My other resolution is to buy shrewdly and walk away if we don’t think we can achieve value.

2019 forecasts: what lies ahead