A Russian threat on the home front

“Everybody has a plan until they get punched in the mouth.” Mike Tyson’s famous quip has a chilling resonance for a world plotting a recovery from a global pandemic – but now facing off an infinitely nastier brute. 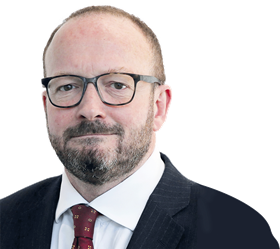 With the pandemic seemingly receding, ambitious stimulus programmes got under way across the West, many of which had direct or indirect benefits to housing, infrastructure and property. But then came a sucker punch more devastating than any meted out by the one-time heavyweight world champion.

The only certainty is we’re in for a lot of pain and radical change. This will play out economically and financially as we confront the gravest global threat since the darkest days of the Cold War.

On a macro-economic front, the most immediate challenges are inflation and even greater calls on government spending – already stretched to near breaking point by the cost of Covid and subsequent revival strategies, most heavily imbued with ‘green’ ambitions. Much of this may now have to be put on the back burner as the new obsession becomes ‘security’: defensive, energy and food, to name but three.

The cost of filling tanks and larders was already soaring but living costs can only get worse with petrol at £1.63 a litre at the time of writing and suppliers warning food inflation will hit 15% as the ‘breadbasket of Europe’ faces a bitter harvest.

Will this deter househunters? Possibly, but only at the edges for the time being. Economic and geopolitical fears are hardly an inspiring backdrop. While February’s RICS housing survey, which only took in the first few days of the invasion, showed a steady uptick in buyer enquiries, the question is whether mortgage lenders will be as sanguine.

The trajectory for interest rates is upwards. This and bleak assessments of living costs could result in ‘computer says no’ to many mortgage applicants, or at least a pull-back in valuations.

One group that won’t have to (and certainly don’t want to) provide proof of earnings to lenders is the shadowy assembly of oligarchs who now face confiscation of their mansions and other presumably ill-gotten gains they’ve not managed to spirit out of the UK.

Hooray to that. But will this send tremors across the high-end housing market across the capital? Shares in iconic London estate agent Foxtons continued a now 30% fall since mid-January, possibly pre-emptively on Putin’s sabre-rattling ahead of the invasion. I doubt the tremors will disturb much other than the most rarified heights of the secretive über-prime demi-monde. 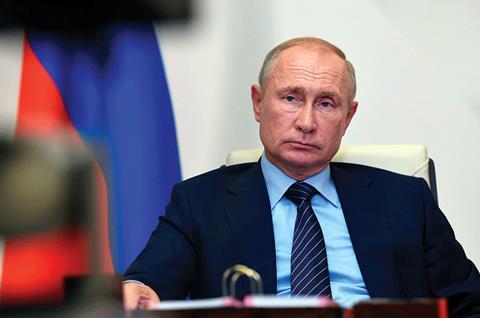 One sector that could feel the pinch is housebuilders. They were already incurring inflation before the conflict, but this has generally been mitigated by price rises.

Now input inflation has been turbocharged, not just reflecting rising oil and, worse, gas prices (impacting brick making) but also general commodity inflation (such as steel, which has more than doubled in the past year).

It’s now hard to see margins being maintained with costs rising so fast, even though material costs have typically made up only about a quarter of house selling prices. Returns are admittedly handsome, but, with labour rates rising and the government’s attempts to claw billions from builders for recladding buildings many didn’t build, it’s clear developers are going to share in some of the pain. There’s already evidence of schemes, in particular urban regeneration, being shelved on ‘viability’ grounds.

Housebuilders’ shares have as a trend continued to fall – by 5% since the start of the invasion, after falling by around a fifth over the previous 12 months, mainly on Covid-induced inflation fears.

But the main feature during the crisis has been volatility: the sector has yo-yo’d wildly, with days of bad news alternating with ‘value’ investors grasping on to hints of ‘good’ news.

While it is dangerous to predict events on weekly deadline cycles, at the time of writing, it looked like a long bloody war of attrition. But win this titanic struggle against evil we must. The UK property industry has to take some of the pain. This pales into insignificance compared with the daily images of unutterable bravery and sacrifice. Slava Ukraini!