A web dimension to levelling up

The digital divide has rumbled around in parliament as a must-act topic for years. Yet, until recently, it remained somewhat of a back-burner project, waiting for the right policies and programmes to be put in place to make impactful change. 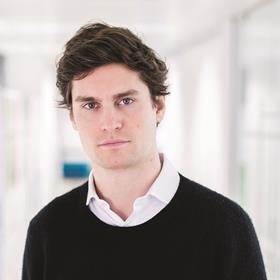 With 73% of UK businesses looking to extend the hybrid model of working, high-quality broadband provision on a national level is vital if flexible working patterns are to be supported in the long term. For businesses to offer hybrid working as part of their employment package, the postcode connectivity lottery must be eradicated.

In theory, remote/hybrid work creates equal opportunities for everyone, no matter their location. But, in practice, only those in certain areas have access to the right bandwidth to work from home effectively.

Therefore, businesses looking to hire a diverse, remote workforce are going to be unable to recruit from areas that have low levels of connectivity. This then creates a regional split between those who can connect to work and those who cannot.

Following its allegiance with the US government’s Declaration for the Future of the Internet, the UK government announced plans for a digital levelling-up programme, seeking to unlock economic growth, lessen the digital divide and increase national access to workable, high-quality connectivity.

The government’s Levelling Up White Paper proposes that an 85% minimum gigabit-capable coverage should be achieved by 2025, and nationwide coverage by 2030. The strategy highlights the importance of digital technology to rural communities, as well as areas of marked deprivation, using the Index of Multiple Deprivation to define the need for assigning levelling up funds to local authorities.

As a result, almost 300 towns, cities and villages in England and Scotland are set to benefit from the UK’s digital levelling-up scheme, delivering an estimated £38bn in potential economic benefits over a 15-year period. Not forgetting the estimated two million tonnes of carbon dioxide emissions that will be saved each year by shifting away from traditional copper to full-fibre networks – a saving generated via the operational efficiency of newer systems.

Full-fibre uses an entire network of fibre-optic technology, enabling faster download and upload speeds of more than 1Gbps. It is the most reliable broadband technology, delivering the lowest fault rates and highest levels of energy efficiency, in contrast to the so-called ‘fibre broadband’ offered by many providers, which still relies on the old copper network to deliver the last stretch of connectivity.

In 2021, more than a quarter of homes in the UK had access to full fibre (the majority of which were located in England). Since 2016, we’ve jumped from 1.7% with access to full fibre to 28% – if we can make that sort of progress in six years, imagine what can be achieved in the decades to come.

Lastly, network provision is only half the battle. Landlords and developers must be acutely aware of infrastructural necessities in regards to delivering top-tier broadband. Features such as diverse entry points and multiple internet service providers are the basics. If we’re to really level up, then we need to focus on in-building connectivity, too – going above and beyond current legislation and policy.